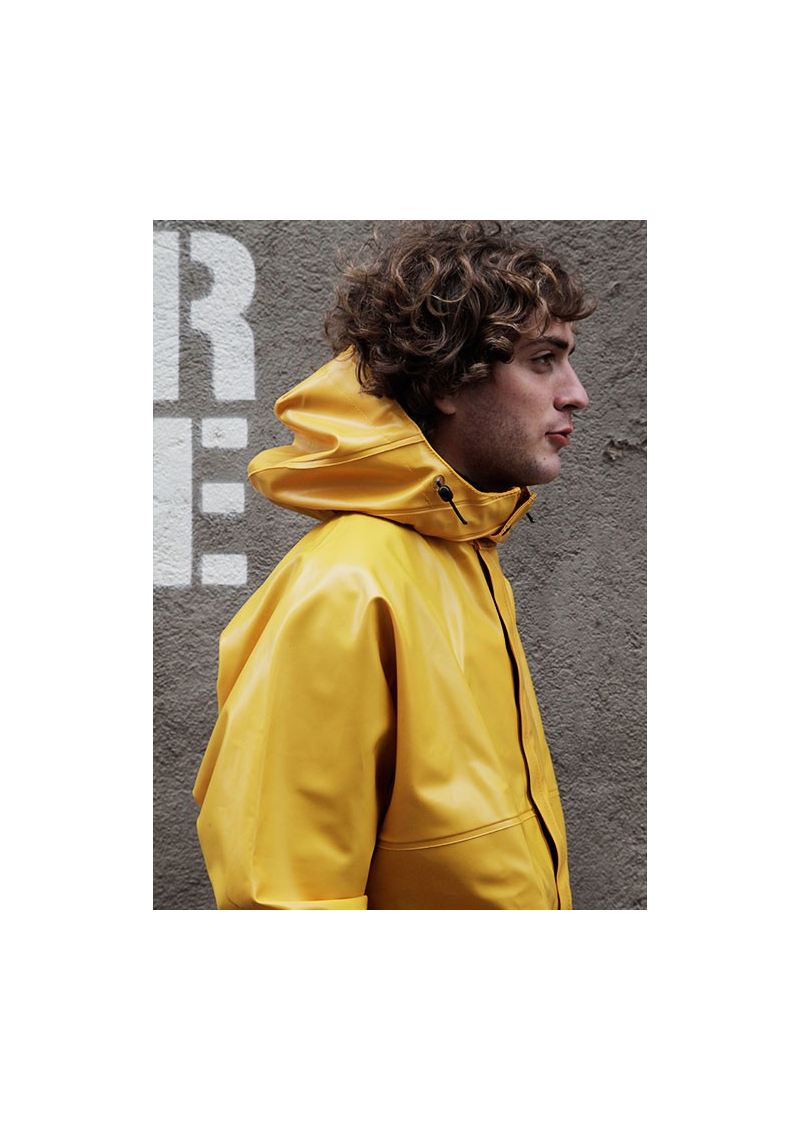 The traditional Breton yellow raincoat, the emblematic Rosbras Jacket, made in France by by Guy Cotten.

The Guy Cotten sizes are generous, if you are hesitating between sizes, we recommend that you choose one below your regular size for a perfect fit. See size guide below for exact measurements or contact us for further assistance.
Please note that every raincoat is made on demand and recquires about 8 to 10 weeks of manufacturing.

The Rosbras Jacket by Guy Cotten.

The hood allows a clear field of vision and stops the water splashing the sides of your face. The fittings keep it firmly in place even in the strongest winds. As a professional garment, there is room under the hood for a safety helmet. Carefully fasten and adjust your garment, tighten both sides of the hood and the protective chin tab, using the elasticated cords and locking studs. Adjust the back tie and store it in its casing. This Magic Hood gives you even better performance, more safety and more comfort!

Guy Cotten garments are a generous size. We recommend you order the size below your normal size. 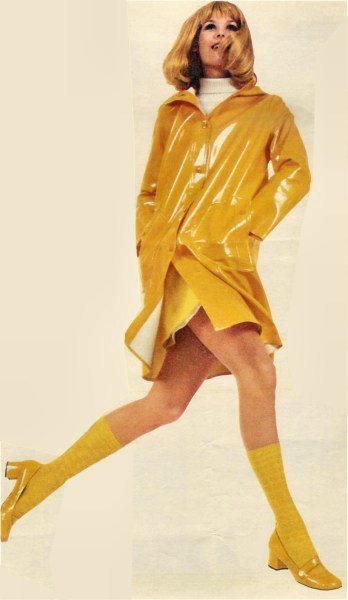 The origins of the yellow raincoat go back to the history of Breton fishermen. This garment, whose color makes it possible to quickly spot a man overboard, protects the sailor and keeps him warm and dry. The first raincoats were very impractical, made of oil coated cotton cloth which was heavy, uncomfortable and of poor quality, but then there was Guy Cotten… In 1964, he settles in the port of Concarneau in Brittany and launches his own workshop of fishing clothing. In 1966, he creates the Rosbras (in tribute to the sailing school Rosbras-Brigneau), a light, durable and practical jacket with zipper and double Velcro which soon became THE reference of fishing jackets.

The jacket would last 3 times longer than other models and the gain in comfort was incredible, which explains why it eventually seduced people outside its traditional fishing context, first in Brittany and shortly thereafter, in the entire world.

And so, the yellow fishing coat soon became the emblematic, the number one reference of raincoats, and by the end of the 60’s, it had become a fashion phenomenon that would conquer the 70’s and last to this day.

The authentic yellow raincoat of Guy Cotten will remain a colorful, practical and tireless piece of your wardrobe, man or woman.