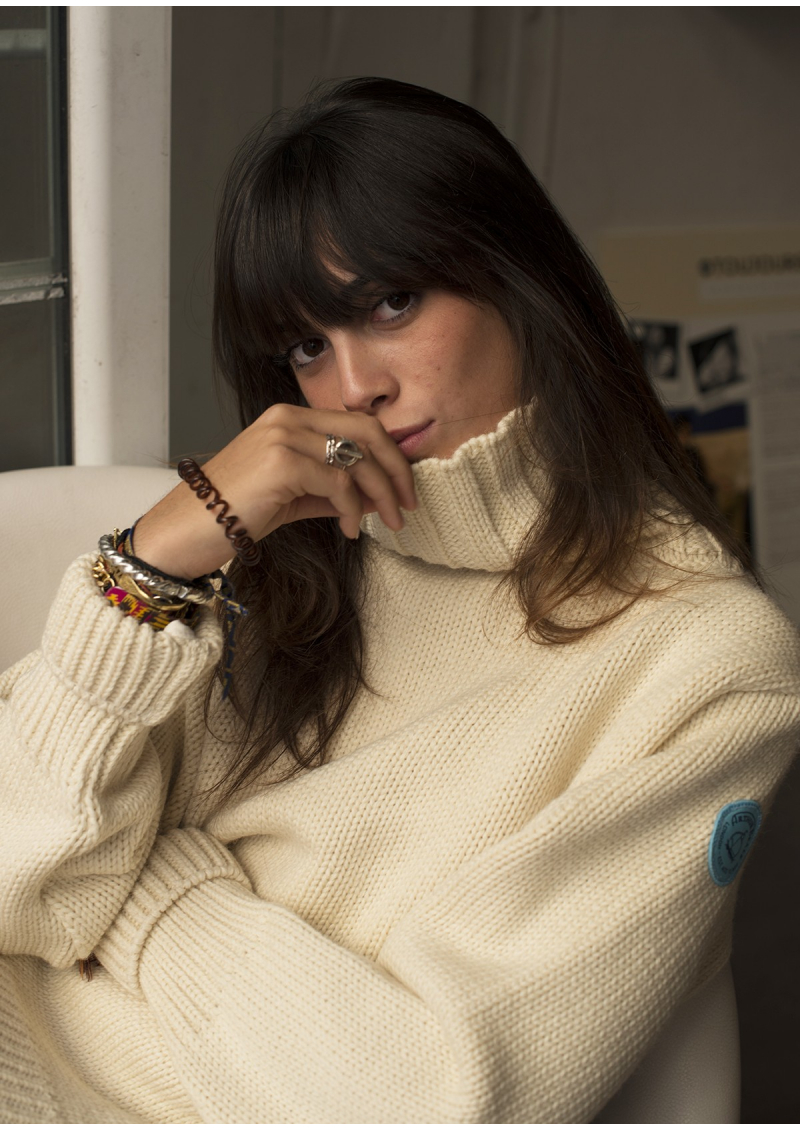 The English submariner's roll neck sweater from Arthur Beale, the historical English manufacturer of yachting and polar expedition equipment. This sweater will help you stay warm during stormy weathers all year around - on land or sea, under a coat winter time and in its simplicity during chilly summer nights.

- Reinforced thumb holes to protect the hands, reinforced shoulders for strenght and durability

- The oiled, unprocessed wool makes it water resistant and naturally fire resistant which is why this sweater is very suitable for sailors, firefighters and oil rig workers

- Each sweater is individually registered with its very own serial number

Made in oiled wool i.e. wool that hasn’t been processed nor dyed and still contains the natural lanolin oil making it water resistant. The wool is naturally fire resistant which is why this sweater is very suitable for firemen and oil rig workers.

No bleach or dye has been used, it is completely natural, fully biodegradable.

It features reinforced thumb holes so the sleeves can be pulled over your hands on cold watches. The underside of the shoulder seams are heavily reinforced with canvas for extra strength and durability.

Made in Britain, from British wool.

Hand wash in tepid (30°) water - hot water will lead to shrinkage. Use a liquid soap or a 2 in 1 hair shampoo with conditionner. Immerse the pullover and gently swish and agitate by hand. Leave the soak for 5-10 minutes then ball up the pullover and squeeze out the water. Refill with fresh water and repeat until the water is squeezing out.

Never wring or stretch wool when wet - this will cause the pullover to become misshappen due to the elasticity of natural wool. Just lay the pullover on a clean towel and roll them together tightly to remove the excess moisture without stretching it.

Dry the pullover flat - do not use the tumble dryer or the pullover will shrink radically. You can buy special mesh trays to help the air flow. Reshape the pullover while it is damp, squaring off the shoulders and the welt.

A good way to freshen a pullover between waves is to gently steam/press it with an iron on the wool or steam setting.

At the source of the perfect roll neck sweater, there is again a sailor’s story, because that is where you face the harshest elements and where the need for an adapted wardrobe is essential. That is why, the ancient navy designs remain the same – incontestable. And so, when the right atelier started making this sweater, they never stopped, no need to change anything that is already perfect, in terms of design and quality.

The origins of the roll neck go back to 15th century medieval Europe (at the latest) where a similar version was worn by knights as protection against the rough and heavy chainmail they wore in battle. During the 19th century, the wool roll neck sweater gets popular throughout northern Europe, especially amongst the working class and mainly worn by fishermen and sailors. The wool was most likely introduced by the Vikings when they navigated along the Atlantic coast and its use for clothes was very advantageous for the northern climate, for its isolating and water repellent aspects thanks to the lanolin, an oily texture natural to wool. Regarding the collar, well, it allowed to protect the neck and keep it warm. (Below, the sailors of the Nimrod Expedition, 1907, with James Adams). 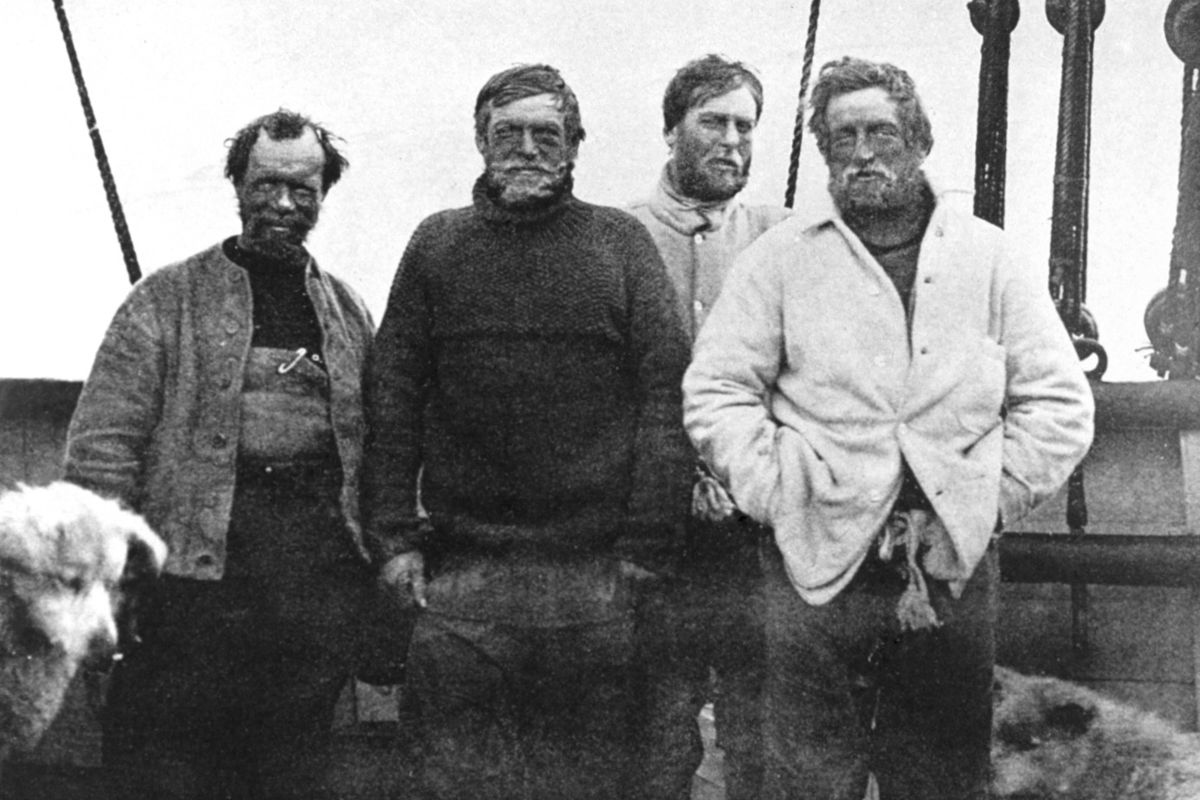 And so, it is not surprising that the roll neck sweater was adopted by the Royal Navy as of WWI and has been worn by the military ever since. Pretty slim cut, thick fabric yet breathable in order to stay warm while facilitating movement and the adaptation to different temperatures (traditionally in off white, grey and navy blue), it’s the ultimate workwear on board.

This sweater is particularly associated with English submariners, with the reputation of being somewhat the “rebels” of the Navy. They were less submitted to the strict rules of the Navy as they were as if in a bubble, going on long, solitary and dangerous patrols in close confinement and so the codes were more relaxed and the beards longer. Some admirals felt distaste for this non-conformity and nicknamed the submariners “the pirates of the Navy”, a title that they embraced, decorating the submarines with Jolly Rogers. The same phenomenon took place with German submariners, who personalised their vessels with emblems like black cats, swordfish and aces.

The roll neck became so emblematic of the English submariners that it even took their name, simply called “submariner”. 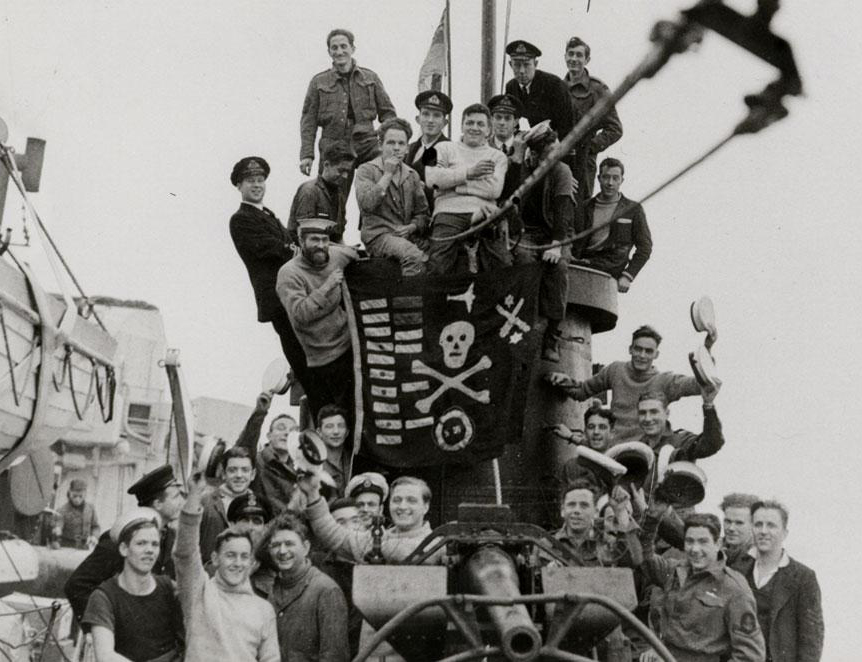 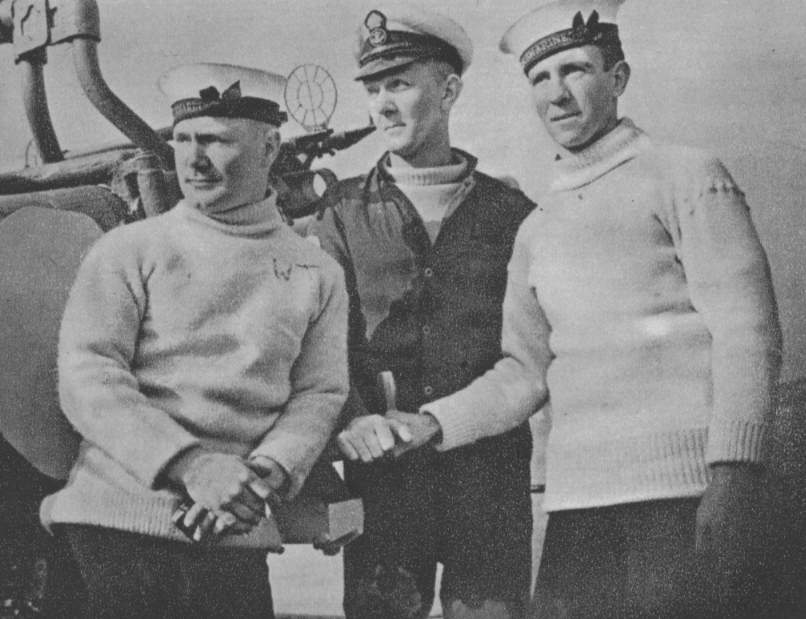 Like so many other pieces of the Navy wardrobe, for example the duffle coat, the peacoat, the sailor shirt and so on, the roll neck has become a basic that works for all occasions. Even far away from the agitated sea… on boys and girls. It is the source of a profession and its primal functions were warmth and protection but for its aesthetics, we’ll keep it forever.

Post war, the roll neck was revisited in countless shapes and fabrics, resulting in sometimes very distinct styles for equally diverse contexts. In the 50’s, it was appropriated by bikers. Since, it’s been integrated to the closets of artists/entertainers as well as writers; Hemingway (1957, wearing Dior!), the Beatles, Mick Jagger… 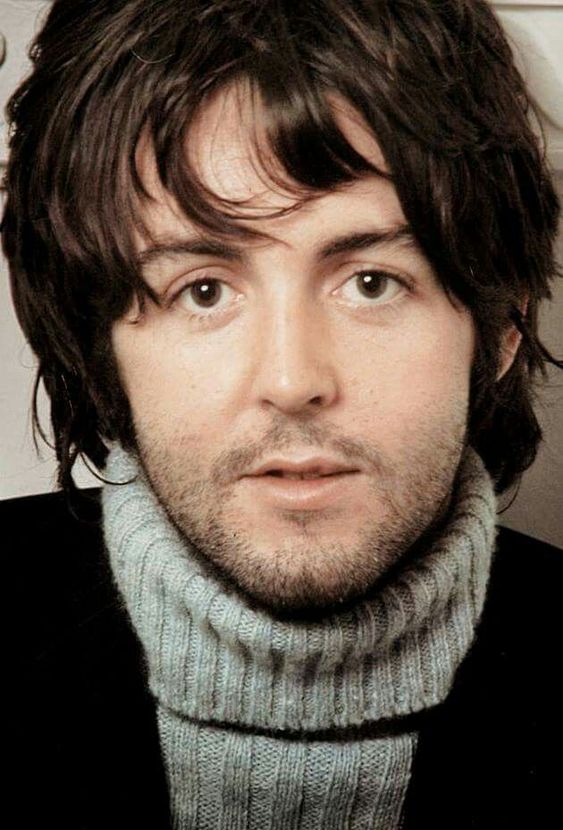 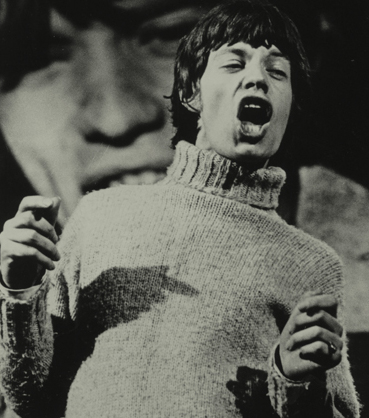 Then, it is fair to mention its more sophisticated version democratized by the English playwright Noël Coward and worn by intellectuals and philosophers of the time like Stephen Hawking and Michel Foucault. Then, by actors like Marcello Mastroianni, Yves Montand and Steve McQueen.

By the end of the 40’s, the roll neck was no longer exclusive to men but worn (in a more sexy, tight fitting model) by women, like Marilyn Monroe and Jayne Mansfield.

Or, the sober, black version, of the Beatnik generation (beautifully portrayed by Audrey Hepburn in Funny Face). 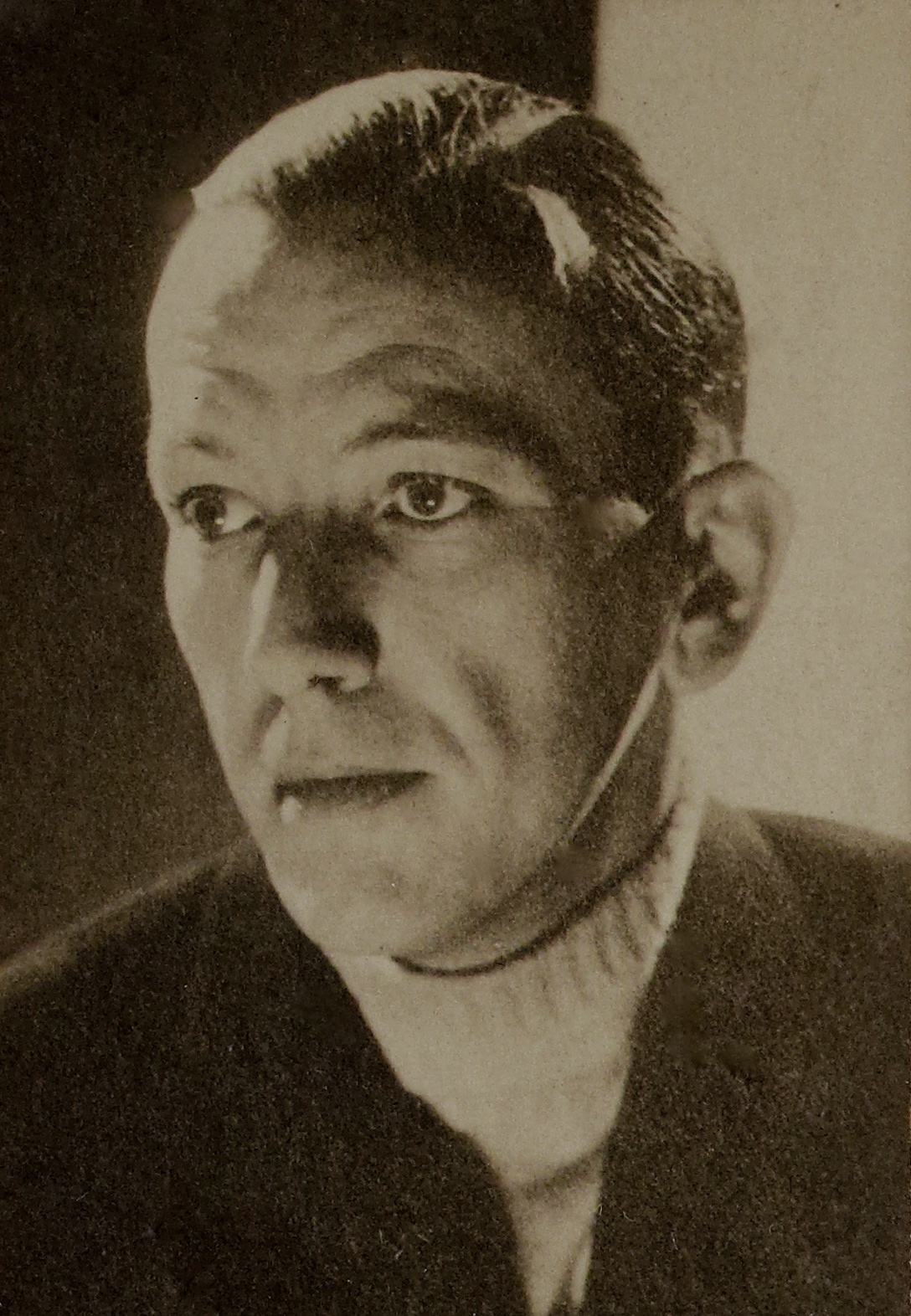 It became the uniform of anti-mainstream groups in the 70’s, worn by feminists like Dorothy Pitman Hughes and Gloria Steinem as well as the Black Panthers. 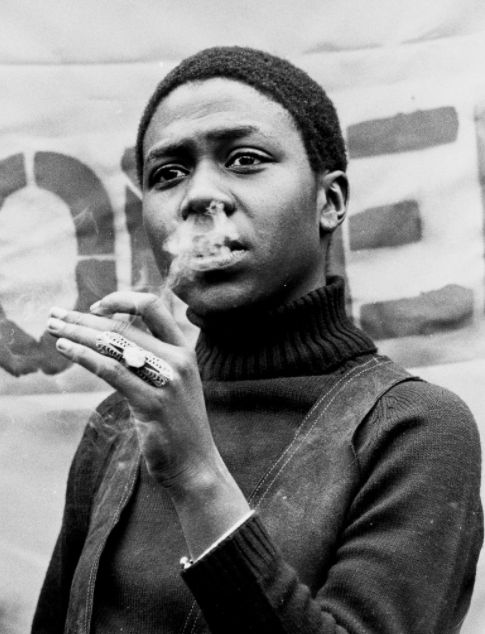 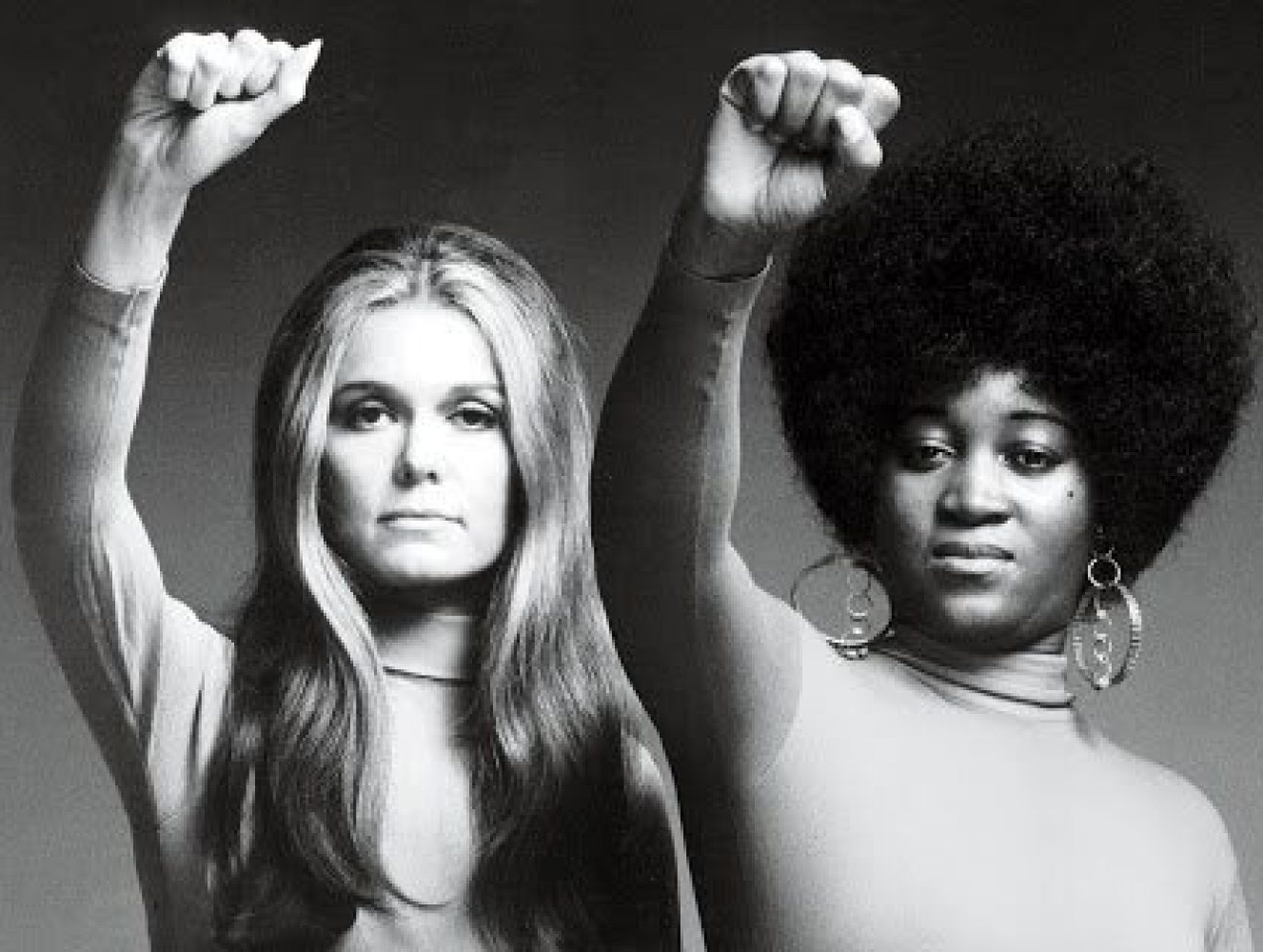 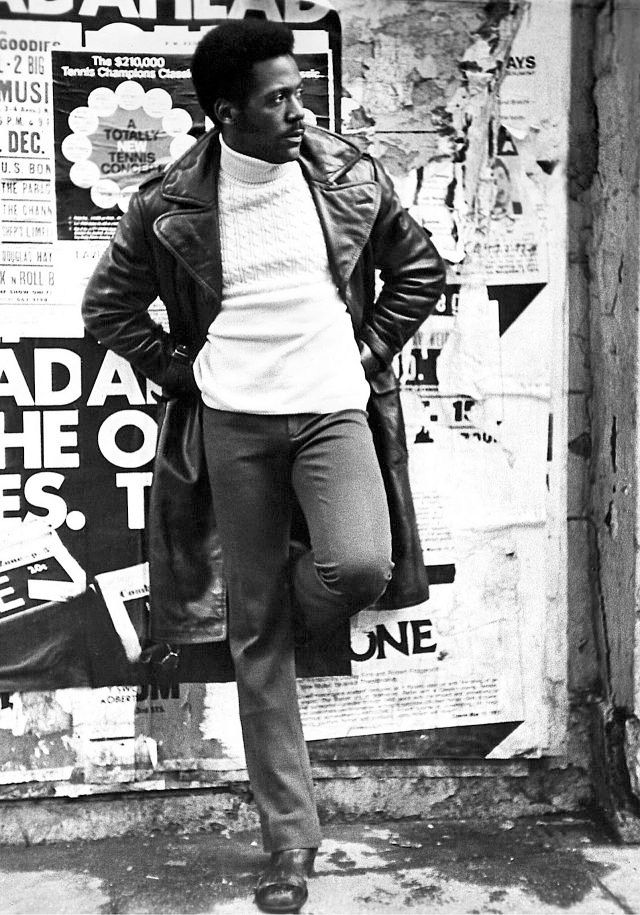 Despite its different interpretations, we obviously prefer the original version of the Atlantic fisherman and sailor, the English submariner because it has a true purpose: it is warm and isolating yet breathable, water repellent and durable. We will always borrow from the Navy because nothing is better than purpose married to aesthetics. There you have it, the elegance of simplicity. In non-processed wool and thick fabric…

On women, over-size, cosy-sexy with bare legs and a pair of clogs or a pair of jeans and some boots. On men, nothing to add, it is the masculine sublimity.