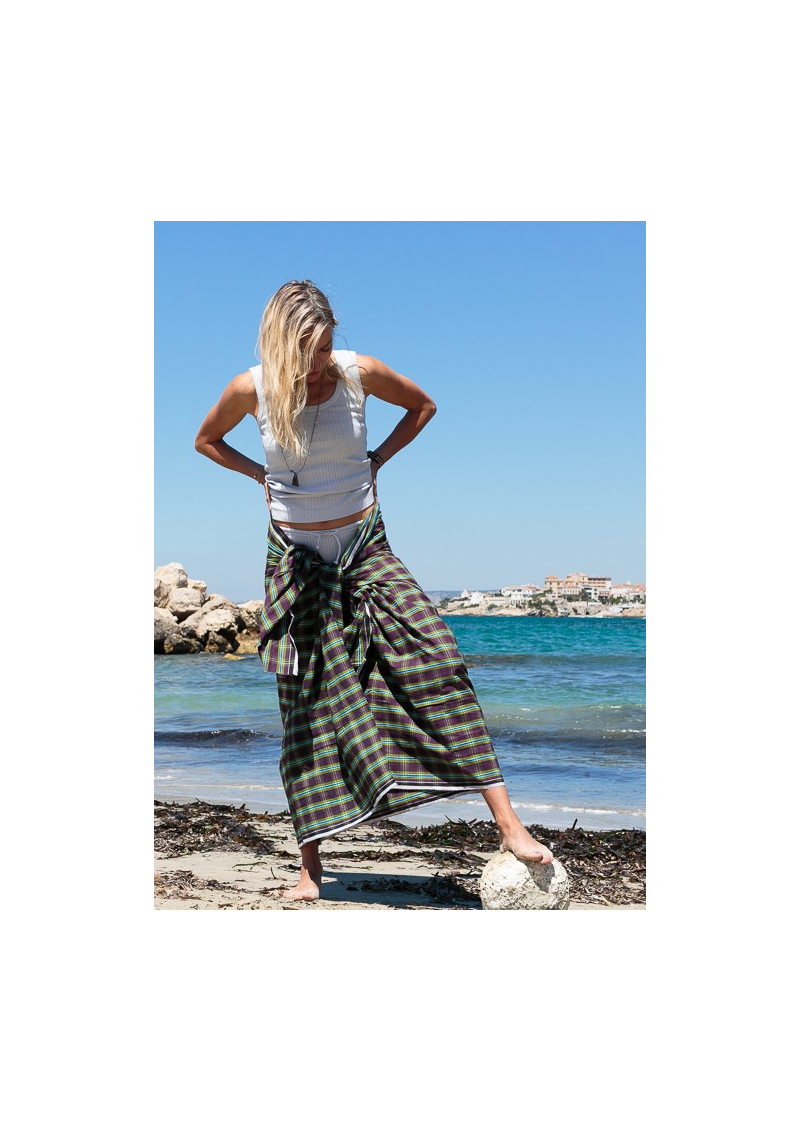 The Dhoti, the Ultimate Sarong

The dhoti is traditionally worn by men, as opposed to the sari which remains is the traditional garment of Indian women. The dhoti is simpler, a rectangular piece of natural cotton handmade in a fine weave.

This is worn by men, as opposed to the sari which remains the favorite garment of Indian women. More understated, it is a rectangular piece of natural cotton handmade in a fine weave. 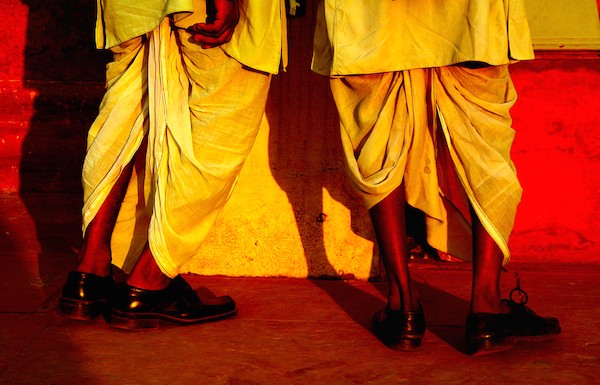 The Indian State Emporiums were founded in order to guarantee the Indian people access to necessary commodities at a fixed price. They hold anything from traditional clothing, like the sarong, handicrafts to consumables.

Handmade.
It is still produced mainly in small units in the countryside and distributed by cooperatives, state emporia or NGOs. Straight edge on one side.

100% cotton.
The fabric gets suppler and more beautiful as time passes, without losing its colours.

The dhoti is traditionally worn by men, as opposed to the sari which remains the traditional garment of Indian women. More sober, it is a piece of natural cotton in a rectangular shape, handmade in a fine weave.

The dhoti is very often associated with the respectable Mahatma Gandhi who as he got older, chose to abandon western clothing, symbol of colonialism, in favour of this traditional Indian garment. 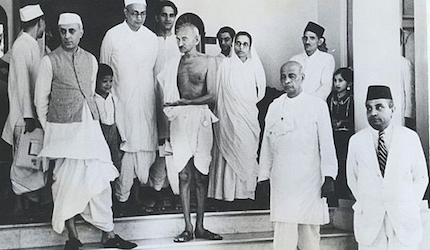 Traditionally, it is tied around the waist, one of the flaps is pulled up between the legs and gathered at the belt, resulting in a light and breathable pair of trousers, ideal in a warm climate.

Originating from the traditions of Bengal and the Gange’s valley, the check pattern is typical of Madras in the south of India, and Bangladesh. The combinations of colours and check patterns are endless.

Essential garment in the Indian man’s wardrobe, the dhoti-kurta is for instance, always accepted in select country clubs where formal wear is compulsory.

The history of the Dhoti is directly intertwined with that of Gandhi. In promoting the homespun Dhoti khadi cloth in the 1920’s, he encouraged self-employment and independence.

The Khadi and Village Industries Commission, created by the Indian Parliament in 1956, organizes most of the production of dhotis. The units of production are still rural and of modest sizes, and the distribution is still carried out by cooperatives, state emporiums and NGOs.

The dhoti is a highly political symbol of authenticity and many politicians in the south of India, regularly wear it to demonstrate their connection to the common people.

For deTOUJOURS, it is a very nice sarong, lightweight, chic and ideal for the beach. The fabric gets suppler and more beautiful as time passes, without losing its colours. It has multiple uses and we often transform it into a summer scarf.