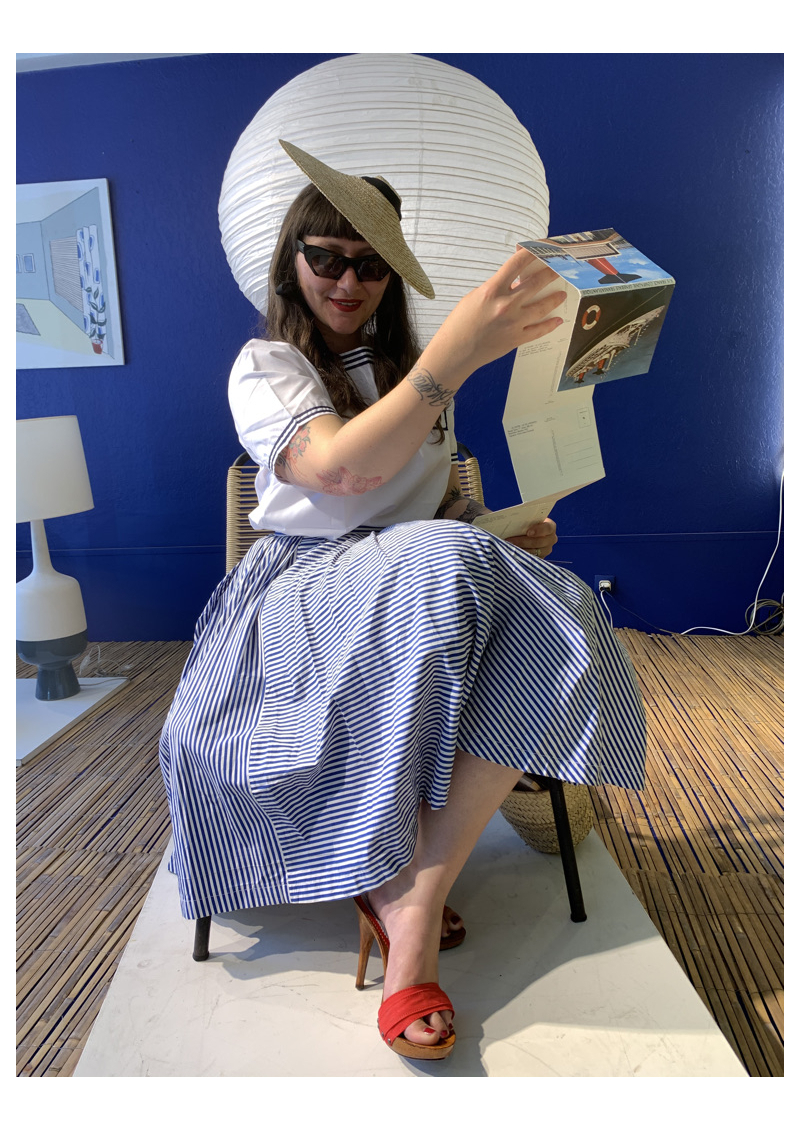 The authentic hat from Nice, handmade in France by our Living Heritage Company. Made of natural straw.

33 centimeters diameter hat. Without inner cap, with a ribbon to attach it.

This small, flat, conical straw hat with black ribbons recalls both the folkloric postcard of Nice and a throwback look from the 1950s on the Riviera, where slim waists and mini hats inspired by the new Dior look were the norm. Its original shape was designed to allow women to adjust it, following the trajectory of the sun. At the end of the day, when the hot Nice sun disappeared, the hat could be dropped down the back or hung on the lower back.

Since the 18th century, if not longer, the traditional costume of the niçoises is made up of a black velvet corset, a red and white striped skirt, on which an apron and shawl of black embroidered satin are laid. The small hat finishes the Provençal outfit.

Since antiquity, Nice has been famous for its flower production. This costume is a direct tribute to the one flowergirls used to wear and it is still worn during traditional festivals (lemon festival, votive festivals, carnival and flower battles...). The small straw cone is often decorated with flowers and embroidery. Originally, it is woven with rice straw from the nearby Piedmont region and very fine hemp threads. deTOUJOURS has selected the French hatter who preserves this authentic know-how and who still makes them for this still living folklore.

The secret of its elegant design, which makes the Nice hat so unique, lies in its extra-flat look. No cap disturbs this definitely simplistic and yet so contemporary design. Christian Dior, in particular, was not wrong when he was inspired to create his iconic "New Look" silhouette in 1947 by emphasizing its graphic effect. A feminine, corseted and glamorous silhouette, the opposite of the practical and more fluid outfits of the pre-war period. He dreamed of creating "flower-women, with smooth shoulders, waists as thin as vines and skirts as wide as corollas". He couldn't have been more in tune with the legacy of those women who used to pick flowers... He spread this little pointed shape to fashion designers all over the world.

At deTOUJOURS, we embrace the lightness, modernity and practicality of this iconic hat - to be worn by the sea to avoid the summer sun, to wander in the garden, or to dress up an evening outfit with style.