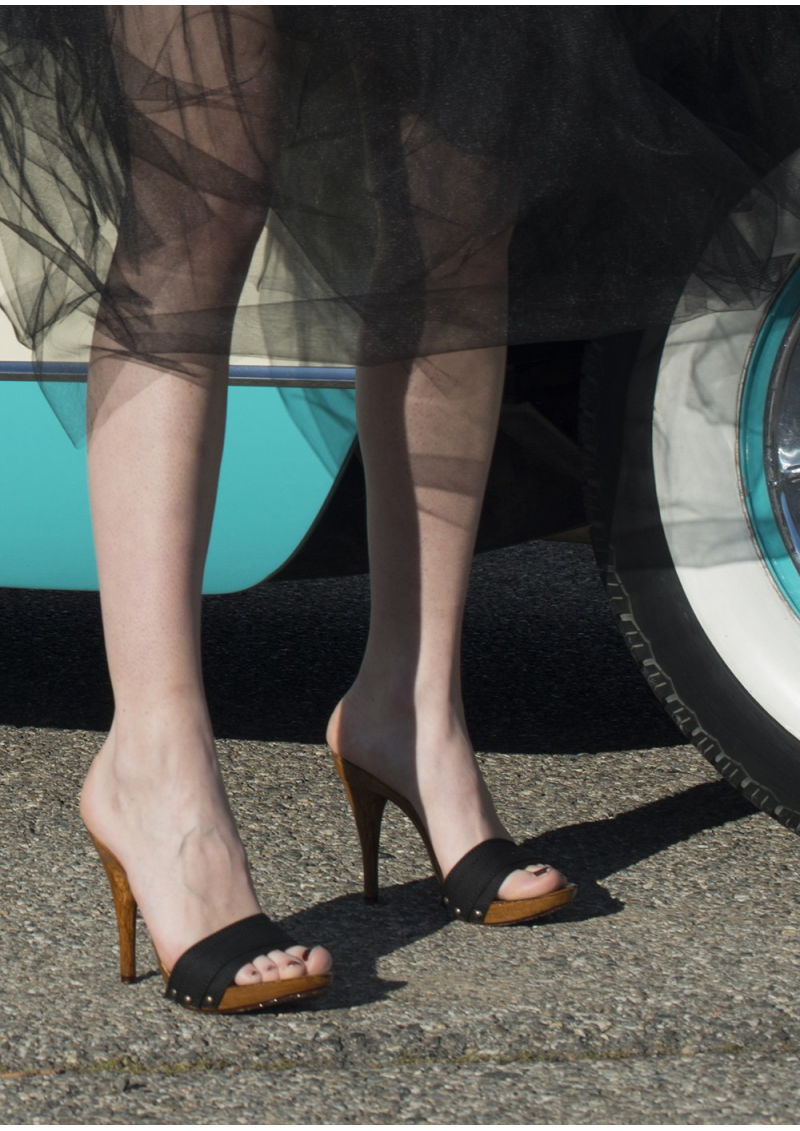 The Italian mule in a high version, with a simple cotton band exposing the toes, gives an exquisite arch of the foot as it stretches the calves and accomplishes the incredible task of making your legs look longer, all while being comfortable. 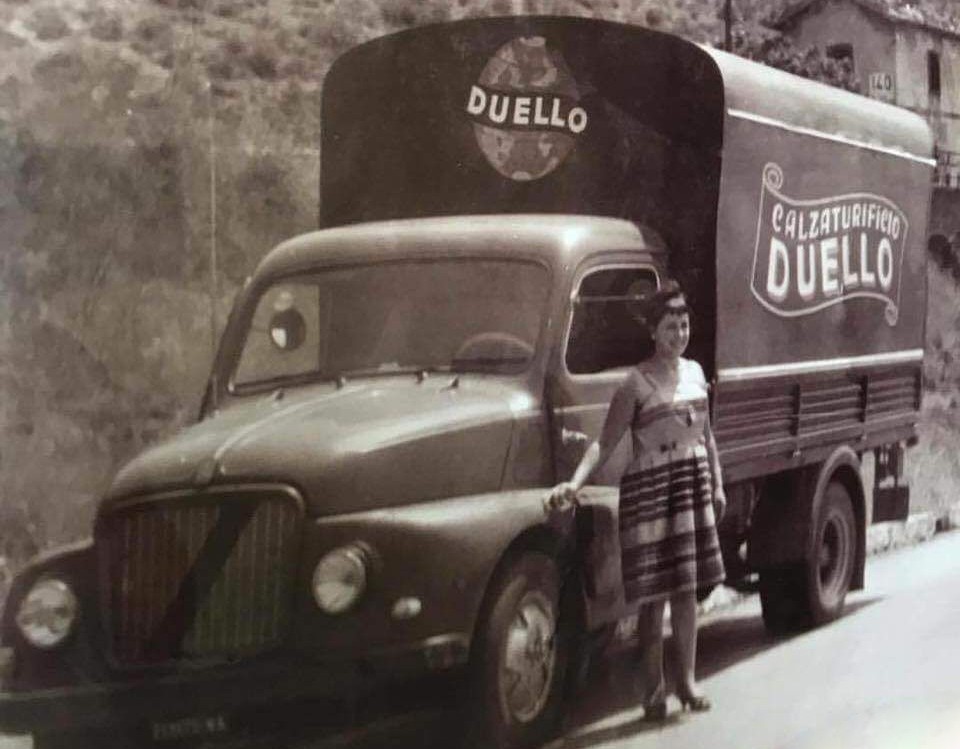 Gioie Italiane is a family company, founded in 1969 in Marano di Napoli, which is specialized in the manufacturing of women’s wooden heel shoes. The region is known for this special savoir-faire and our manufacturer is part of its history.

The designs are made by the family member, Gennaro Duello, according to the Italian tradition of the wooden mule whose sensuality has been illustrated by Sophia Loren and Monica Vitti amongst others. In Italy, this shoe finds a demand that has nothing to do with fashion and the workshop makes them throughout every season, year after year, regardless of trends.

The production is carried out in quality materials by expert craftsmen in order to provide comfortable and feminine shoes for every occasion, from morning to night. 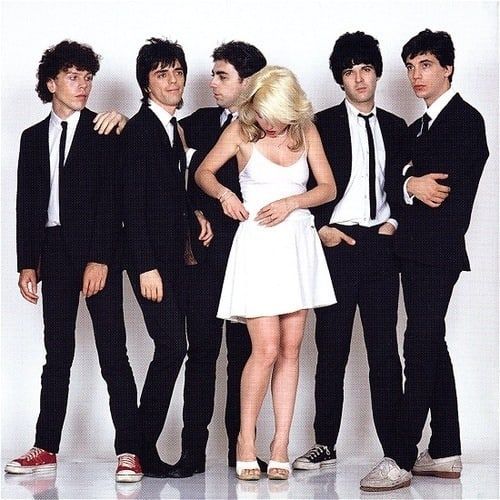 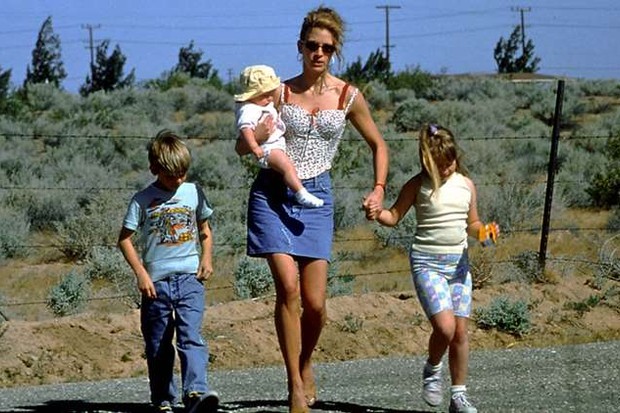 Click clack… the sound of mules, of course, one of the essential markers of their sensuality and a well-kept secret which whispers, “Catch me if you can”.

This feminine clog evokes a sexy sensation in the collective unconscious, for long anchored in the reptilian brain of man, and any seducer is well-aware of its power.

Yet well before knowing all its secrets, its original design, defined by a beautiful arch of the foot and a simple band exposing the toes, stretches the calves and accomplishes the incredible task of making your legs look longer, all while being comfortable. That’s enough for it to earn a permanent place in the wardrobe of absolute femininity.

And if fashion honours it, in its own way, cyclically, it is preciously preserved by the Italian savoir-faire that has continued its manufacturing for several generations without fail, year after year, every season, for the Latina women who can’t live without them. 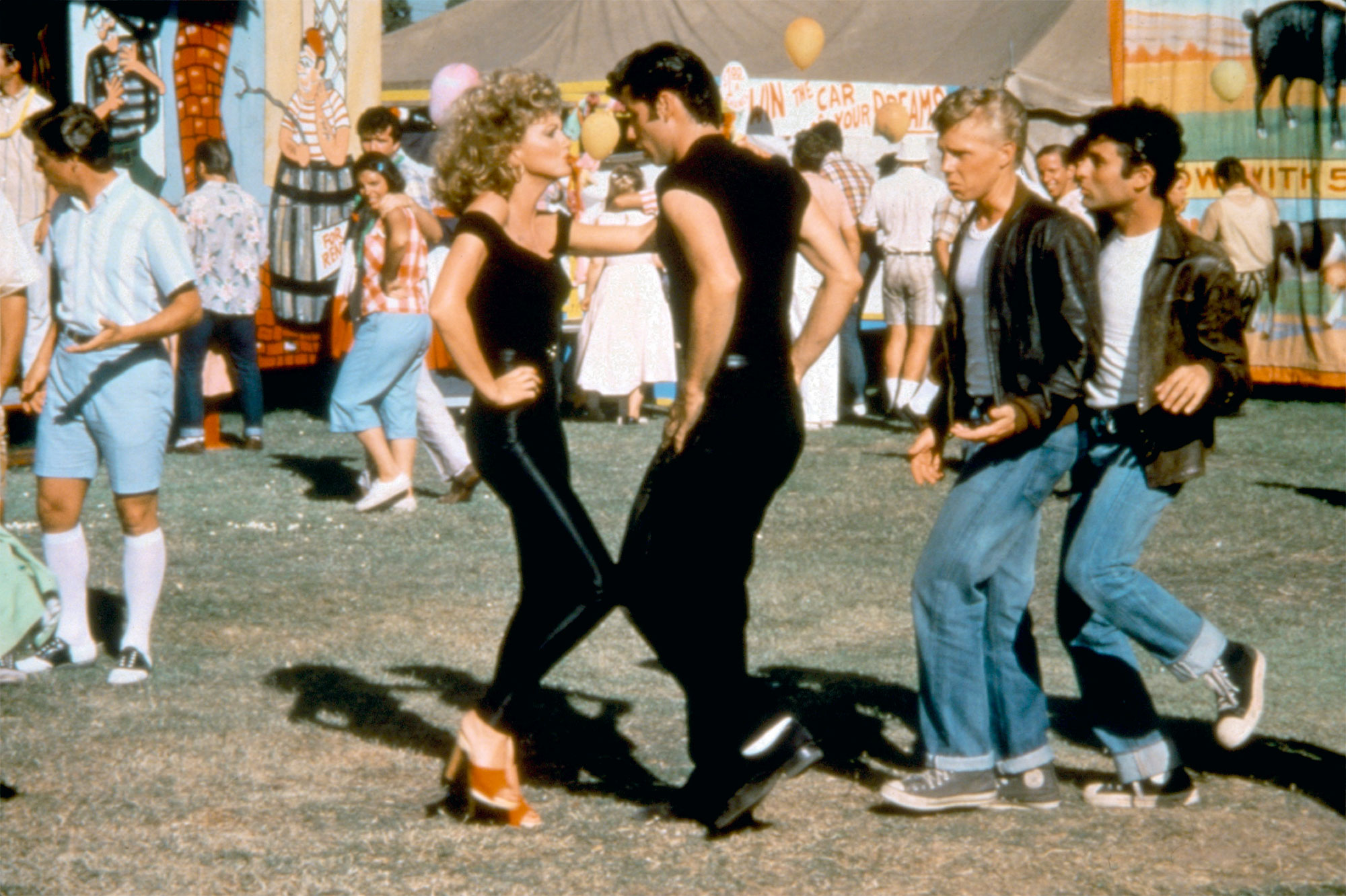 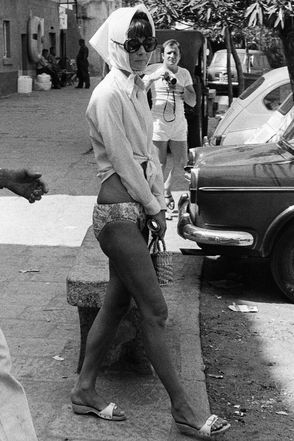 In fact, if we would trace the origin of the word mule, we would go back to Ancient Rome and find mulleus calceus, which was the name of a red or purple shoe worn by the three highest magistrates. In the contemporary dictionary it refers to a backless shoe which is often closed-toed. Until the 17th century, it was a shoe exclusively worn in the intimacy of the bedroom until the Comtesse d’Olonne (a beautiful society woman with a risky and avant-gardist style from the libertine literature), showed off her soft red mules under a richly embellished skirt in church in 1694, and so, set the new trend.

The mules quickly spread within the French Court, seducing Madame de Pompadour and Marie Antoinette among many others. They were exclusive to the high society and a symbol of extravagance and idleness as common workers did not have any use for a shoe that could easily be slipped on and off. Until the first part of the 20th century, this association of the mule to the upper class remained but it was also the favorite shoe of concubines and ladies of the night… 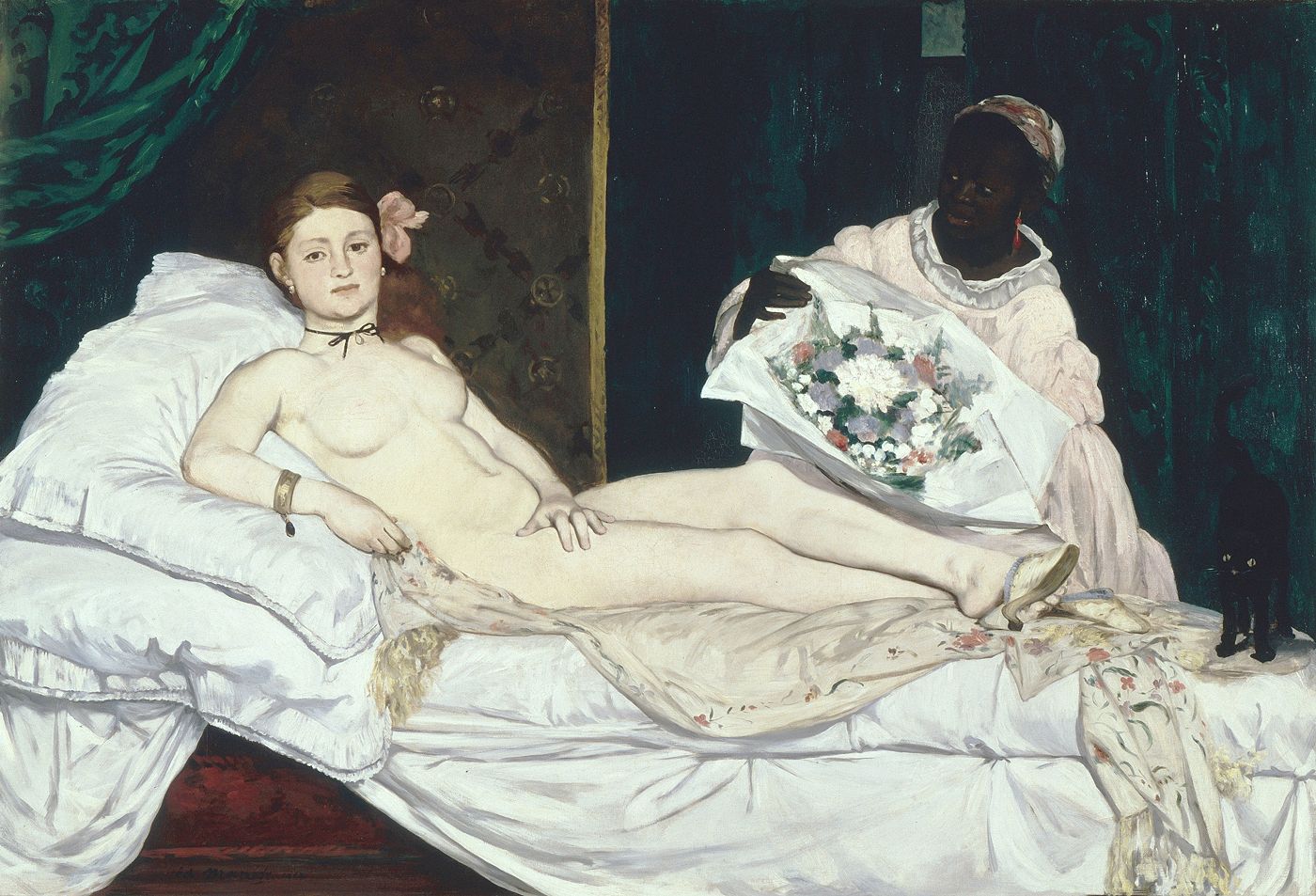 This mule has just as many titles of nobility as it has libertine pass-throughs and would even leave traces in the beaux arts; “The Swing” of Jean-Honoré Fragonard, 1767, in which a man pushes a lovely young woman on a swing, making one of her mules slip off of her delicate foot or, “Olympia” by Manet, 1863, which displays a girl of the night in mules, lying on a bed and casually swaying one foot over the other; an attitude reproduced countlessly to this day.

Despite its “bad girl” label, the mule managed to charm its way into the female wardrobe and out on the street, no longer limited to the bedroom, in countries where the summers are long: Italy, Spain and Latin America. 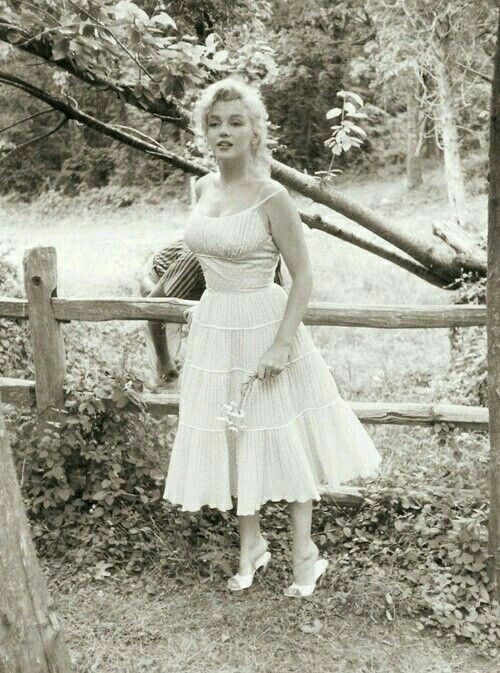 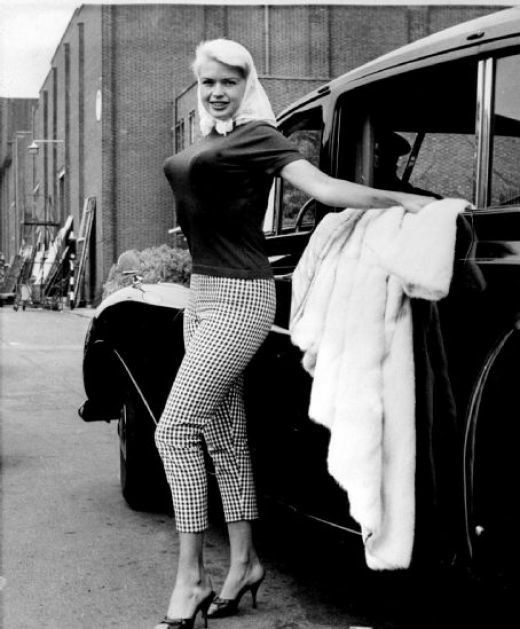 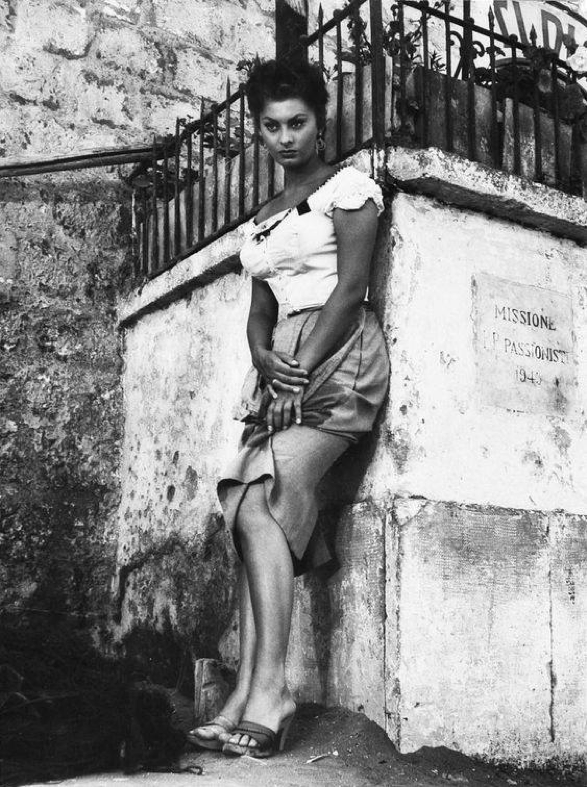 Was it perhaps the Italian immigration that introduced the mule to the USA, or the proximity to Latin America?

The idea connected to the heeled mule at the time, that you had to be rich and idle in order to wear them, was perfectly and consciously resumed by these brazen women who teased and played with its sexual associations, at the disposal of male desire. 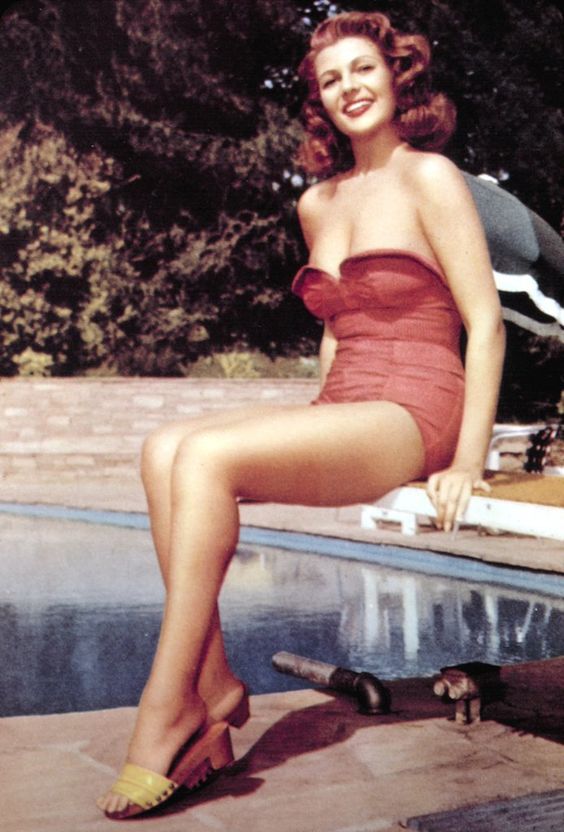 Its democratic future was then hard to guess. In fact, it soon became a mainstream slipper that would appear from the poolsides of Hollywood to the American suburbs, on the feet of women in caftans and toreador pants resting on their patios and even doing lighter house tasks. 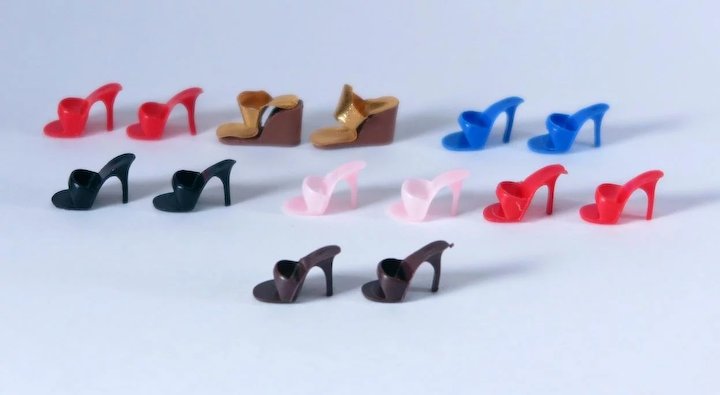 Every little girl would be initiated to the Barbie mule and no one could deny it becoming an essential part of the “eternal femininity” as it invaded the American market. The mule would be embraced by, and even become the symbol of, a few legendary American brands that would later, suddenly and mysteriously, disappear into thin air (Polly of California, Candie’s…). The uninhibited and fearless youth of the 70’s would naturally adopt the mules and 80’s rockers would stand by them (Blondie becoming a legend); rebels and masters of their bodies, playing with the codes of the Hollywood femme fatale. 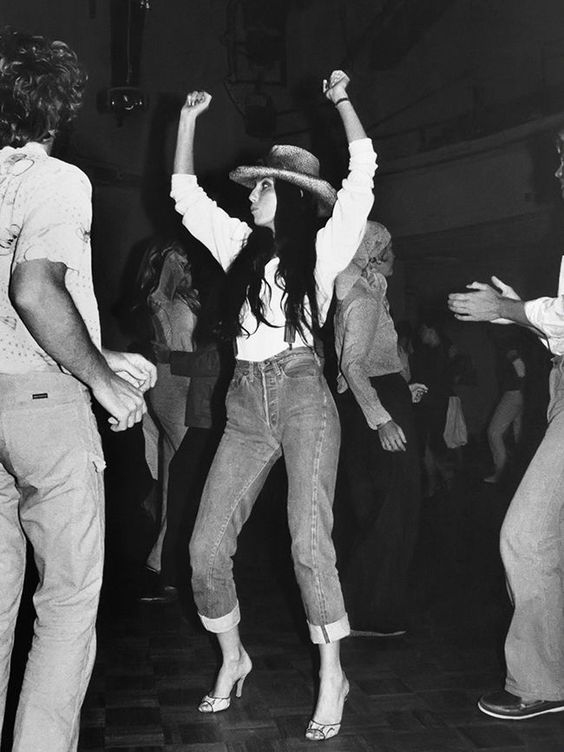 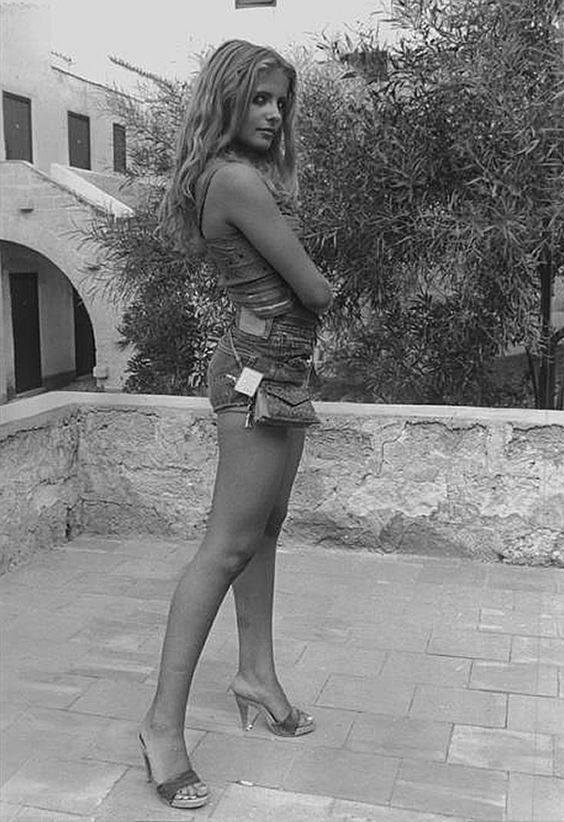 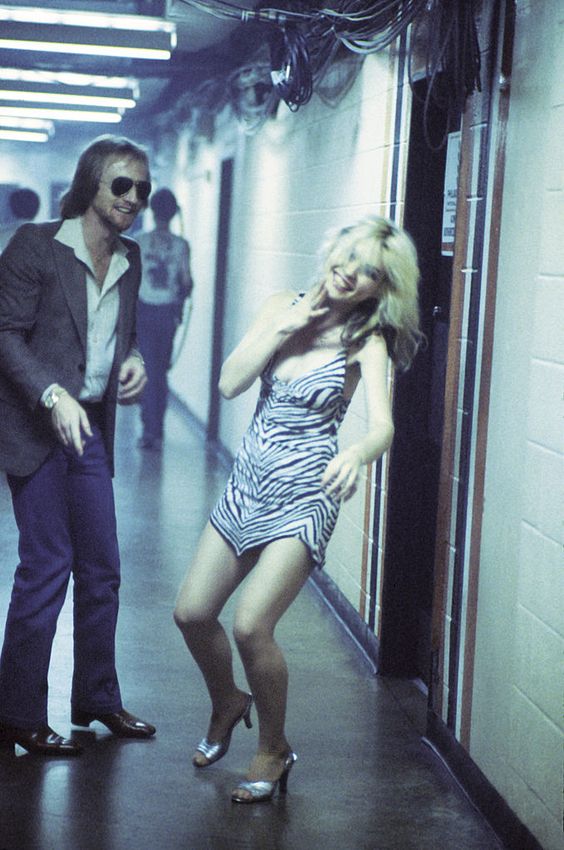 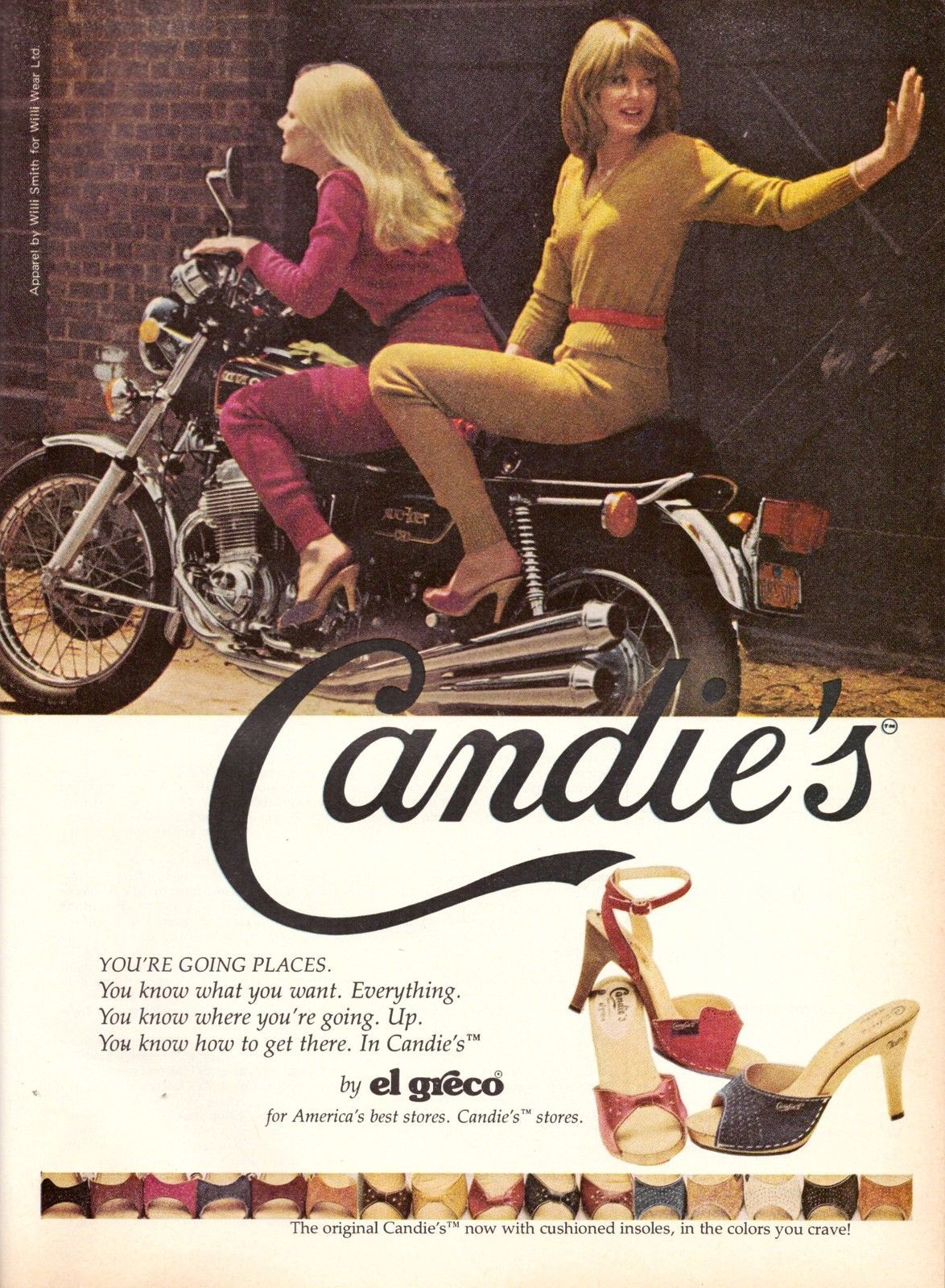 Regularly revisited by great fashion houses with the Italians in the lead, like Dolce & Gabbana who systematically honours the mule, declaring their love to this timeless and sensual shoe, a reference of the Italian culture.

Manolo Blahnik is another devotee who said, lovingly; "When you walk in mules, you walk a bit differently. It’s very sexy to me; you have to get your balance… Madame de Pompadour in her mules, walking around Versailles, click click click… Can you think of anything more exquisite?"

deTOUJOURS preserves preciously for you, the Italian source who has made this shoe for 4 generations, without worrying about fashion trends, year after year, to their loyal customers.