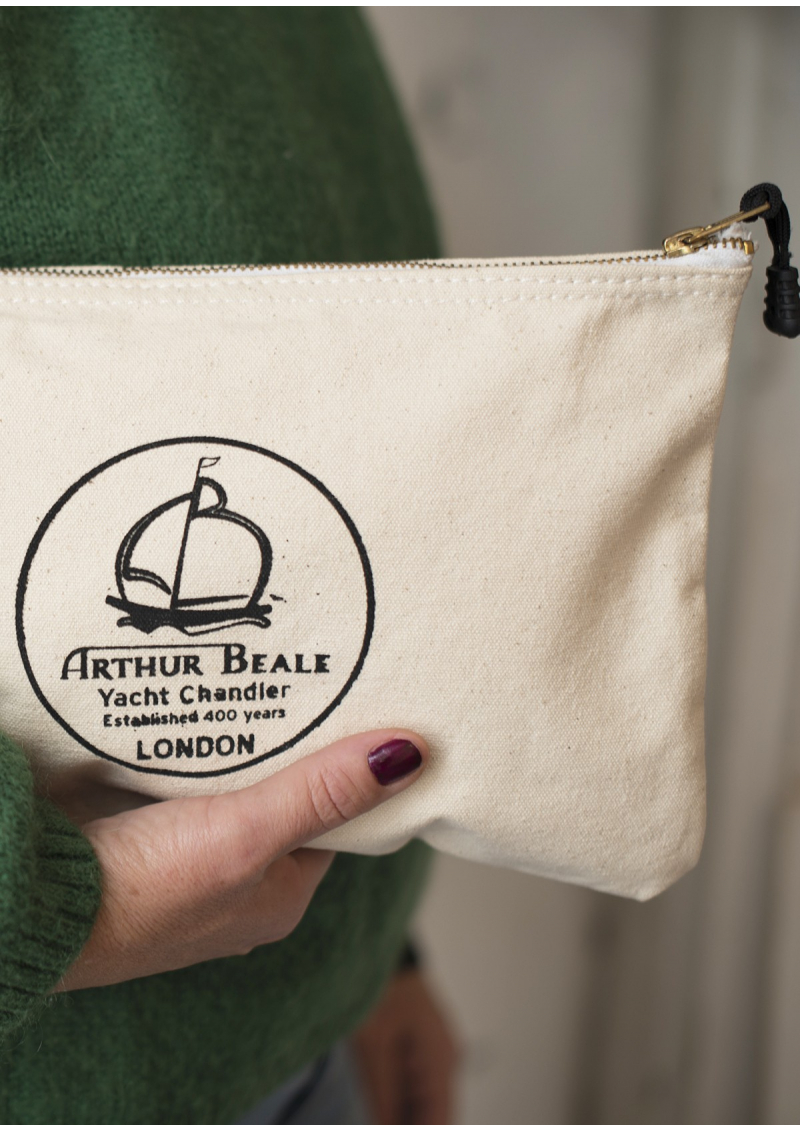 The sailor zipper bag for storage on board in heavy cotton canvas and with a golden zip from Arthur Beale, the most ancient ship chandler in London. Perfect for holding your cell phone, a note book and some small tools on deck or why not use it as a small handbag or makeup bag?

- Available in natural cotton with black logo, orange or yellow with navy-blue logo

Please note that orange and yellow bags are currently in production with an expected delivery in September 2020. You can still place an order and we will ship it to you as soon as they are back in stock!

Made in Britain by Arthur Beale, the most ancient ship chandler in London.