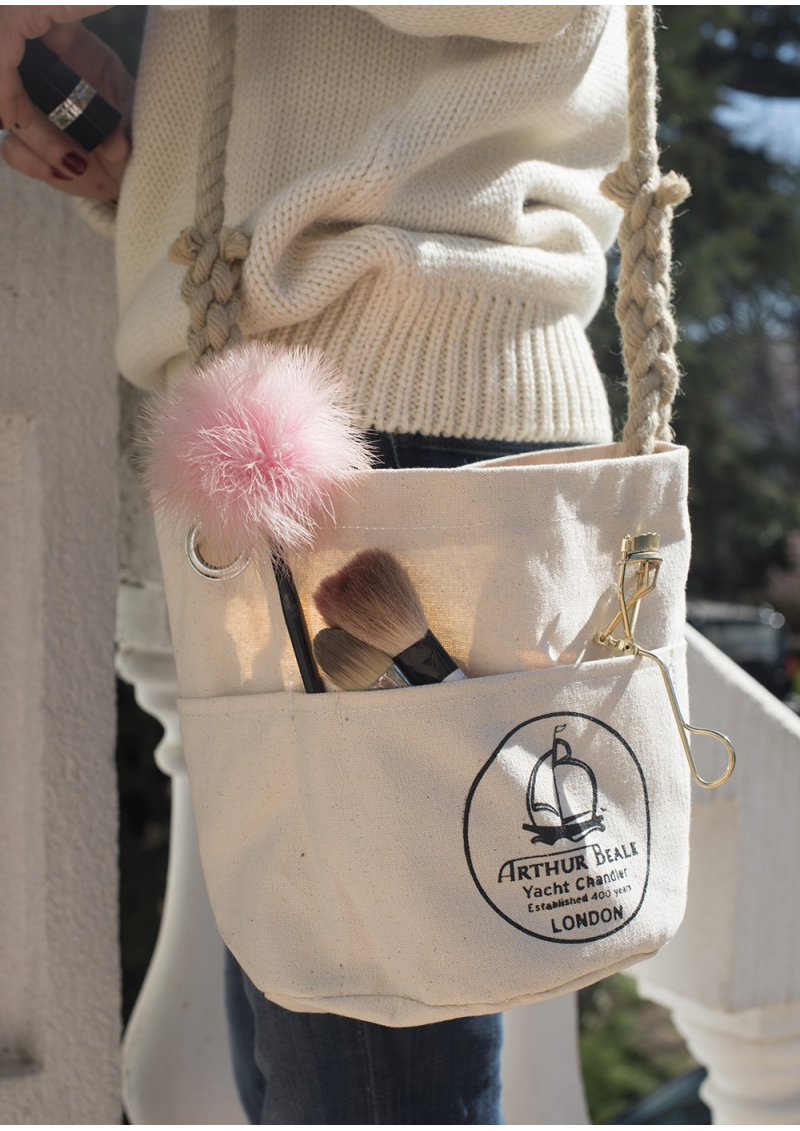 This ditty bag from Arthur Beale, made from heavy natural cotton canvas with a rope handle, is so practical, for boating as well as city excursions... As a small beach bag, simply a hand bag or storage for tools, make-up and other equipment, it is durable and timeless.