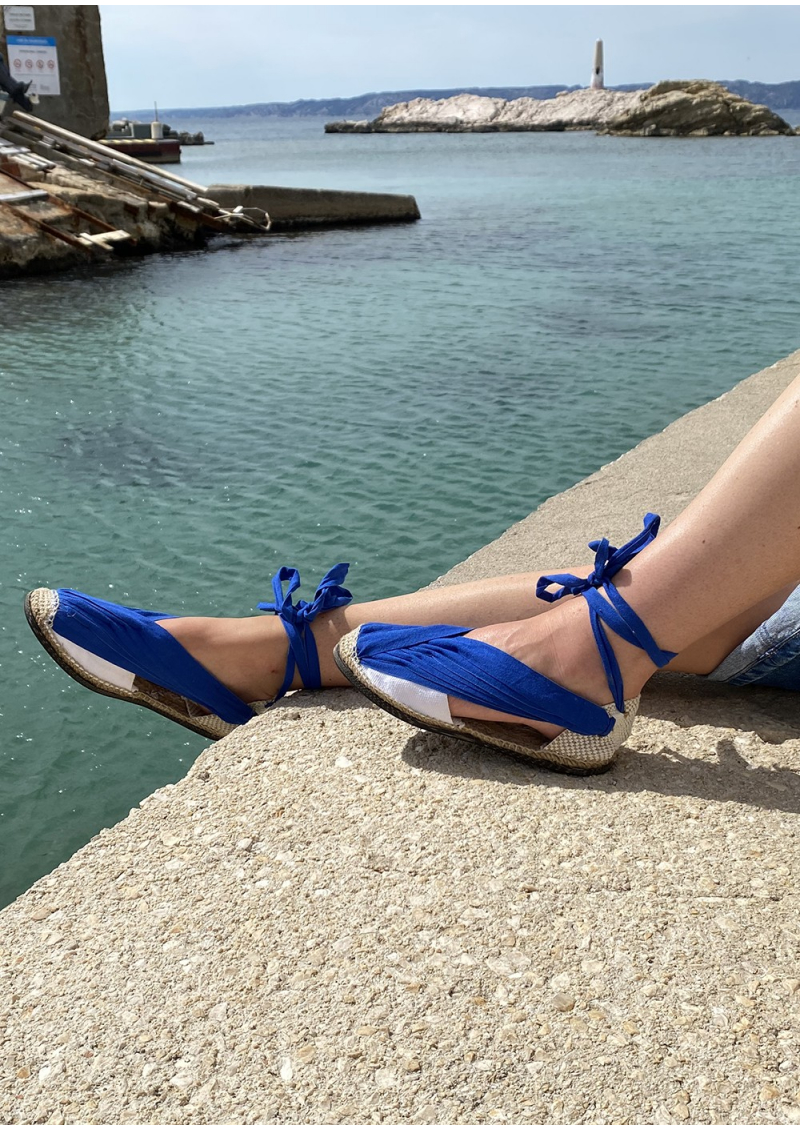 The Valls Espadrilles of the Mossos d'Esquadra

These Catalan espadrilles are named after their birth city, Valls, and are traditionally worn by the Catalan police force, the Mossos d'Esquadra, who also come from this city.

Handmade in the workshops of La Manual.

Espadrille in cotton canvas, sole in jute and rubber from recycled bicycle tires.

Sizes available from 36 to 45. We recommend that you choose your regular size. Please contact us on contact@detoujours.com for any further advice.

These Catalan espadrilles are named after their birth city, Valls, and are traditionally worn by the Catalan police force, who also come from this city.

You’ll recognize them thanks to their bright blue color as well as the geometric design of their laces, connecting the tip of the white canvas toe and the heel of the espadrille. The laces are not only used to fasten the shoe at the ankle, but they also allow to tighten or loosen the fit of the espadrille. With their rubber sole made from recycled bicycle tires, sewn to a second sole of braided jute, these espadrilles are particularly solid and all-terrain. At deTOUJOURS, they come in their original colors, royal blue and white, and are made by hand in the traditional workshops of La Manual. 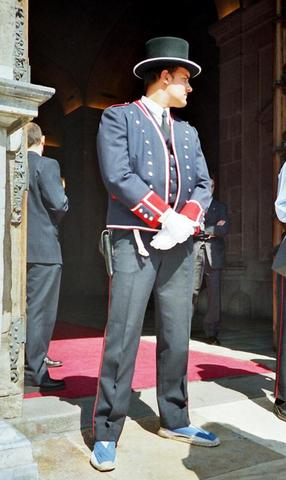 La Policia de la Generalitat de Catalunya - Mossos d'Esquadra, is a police force created in the 18th century and a cornerstone of the Catalan identity. Accused of sedition by Madrid during the referendum on the independence of Catalonia, the Mossos d’Esquadra are highly admired for their loyalty to the Catalan people.

The espadrilles are deeply anchored in the Mediterranean culture, where they have been present for over a thousand years, and offer an antique style to your feet all while being particularly suitable for outdoor life. As heliotropism brought the whole world to the beach from the early 20th century, with the most privileged leading the way, the espadrilles made a comeback. These simple jute sandals suddenly reappeared, on the feet of summer tourists from far-away lands, thus spreading the fashion of the espadrille, originally a symbol of freedom and the avant-garde, minimalist way of living, close to nature, where the body regains its rightful place.

Like in the case of la Guardia de Barcelona, the lace-up espadrille remains a shoe commonly worn by men, in the fields and by the poolside of great hotels. Elegant men at the beach or playing tennis in espadrilles whose laces allow to adjust the shoe, making it a shoe particularly suitable for sports activities and an athletic life.

Their unique comfort, the free and caring home which the espadrilles offer to the feet, the symbol that they are and the meaning that they carry for their birth place, their traditional design and manufacturing make up an object of timeless style and cultural heritage.