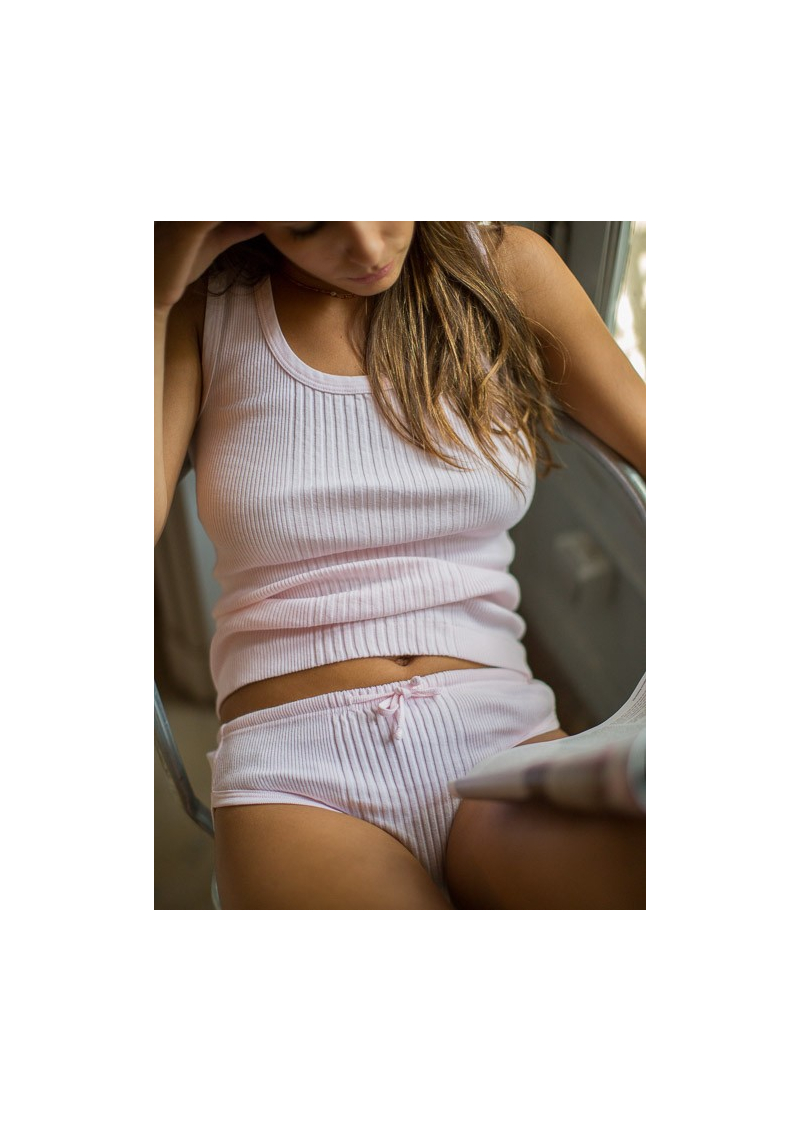 The authentic docker's tank top, manufactured since 1979 by SUGAR, using the same circular knitting machines as the original supplier of the dockers in the Marseille harbour. Knitted in a tube without any seams, making it very solid and perfectly elastic without an ounce of elastane. It simply is a tank top that you will keep for life.

Its long cut is typical of the work tank top, made to cover the kidneys.

THE LEGACY OF THE WIFEBEATER T.

The founding family of SUGAR, clothes manufacturers and leathermakers, by chance discovered a large stock of sleeveless t-shirts (known in the U.S. as wifebeaters) at the end of the 1970s and bought it.  They decided to hand-dye part of this stock in trendy colors in order to appeal to women.  Eventually SUGAR started producing the t-shirts themselves, maintaining their beautiful ribbed quality and timeless appeal.

Richelieu knit, made on a circular knitting machine from the beginning of last century.
High quality cotton, timeless models and original colours. 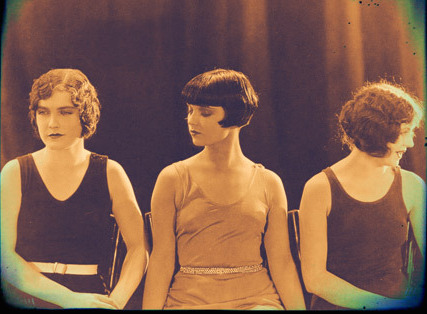 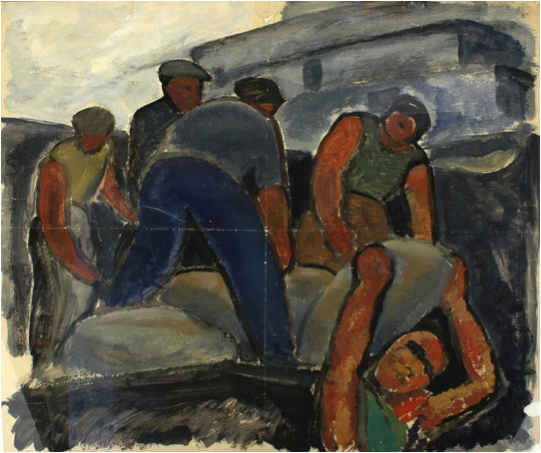 This tank top, traditionally worn by the dockers of the Marseille harbour, is true to its original design and is still made on the same circular knitting machine that supplied the docks in the last century.

In French, the word tank top is the same as that of the docker, “débardeur”, whose work consists in unloading goods on the docks and who from the beginning of the 20th century and onwards, would be wearing this famous tank top during his hard labour. And so, it took the name of its wearer. 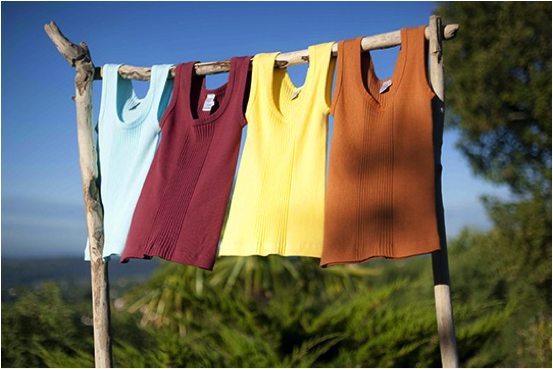 By chance, the founders of SUGAR, a family of tailors and leather workers, fell upon an old stock of dockers’ tank tops at the end of the 70’s and amazed by their durable quality and design, decided to market them. They had the genius idea to reinvent this traditional work garment and adapt it to women, by dying it in countless colors like khaki green, baby blue and pink…

In St Tropez, its pastel shades and slim fit were an immediate success and this cute little tank top suddenly became a phenomenon. The press quickly followed, playing with the tomboy style of these minimalist, sexy and comfortable undergarments. SUGAR was lucky that the original circular knitting machines, that had previously been used to manufacture this docker’s work wear, were still in a perfect condition, although no longer in use. They bought them from the original manufacturer to start their own production of this magical ribbed tube in 100% fine quality cotton, super stretch and durable thanks to its Richelieu knit.

And so, SUGAR became the first label to introduce the tank top, initially an undergarment, to the ready to wear market, before it becoming a wardrobe classic and earning its place in fashion history. Across Europe, the UK and the US, the docker’s tank top from SUGAR continues its journey. The 80’s craved this new attitude and this rude worker’s wear entered the finest of circles, worn by top models behind the lenses of the most notorious photographers in the most prestigious fashion magazines.

The tank top was a refreshing surprise that gave place for comfort and simplicity at a time when glitter and glam were the rule. The label then created the SUGAR panties in the same ribbed cotton, with a simple tie at the waist, a charming supplement to the tomboy style given by the tank top. Again, huge success.

Today, SUGAR continues manufacturing this authentic docker’s tank top in the 12th arrondissement of Marseille, on the original knitting machines that they cherish and care for. The whole assembly line is integrated, from knitting to cutting, from dyeing to retail. They continue and are constantly improving the art of dyeing and preserve their countless beautiful shades in their own private museum. 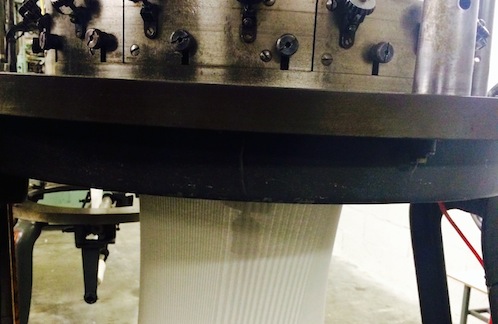 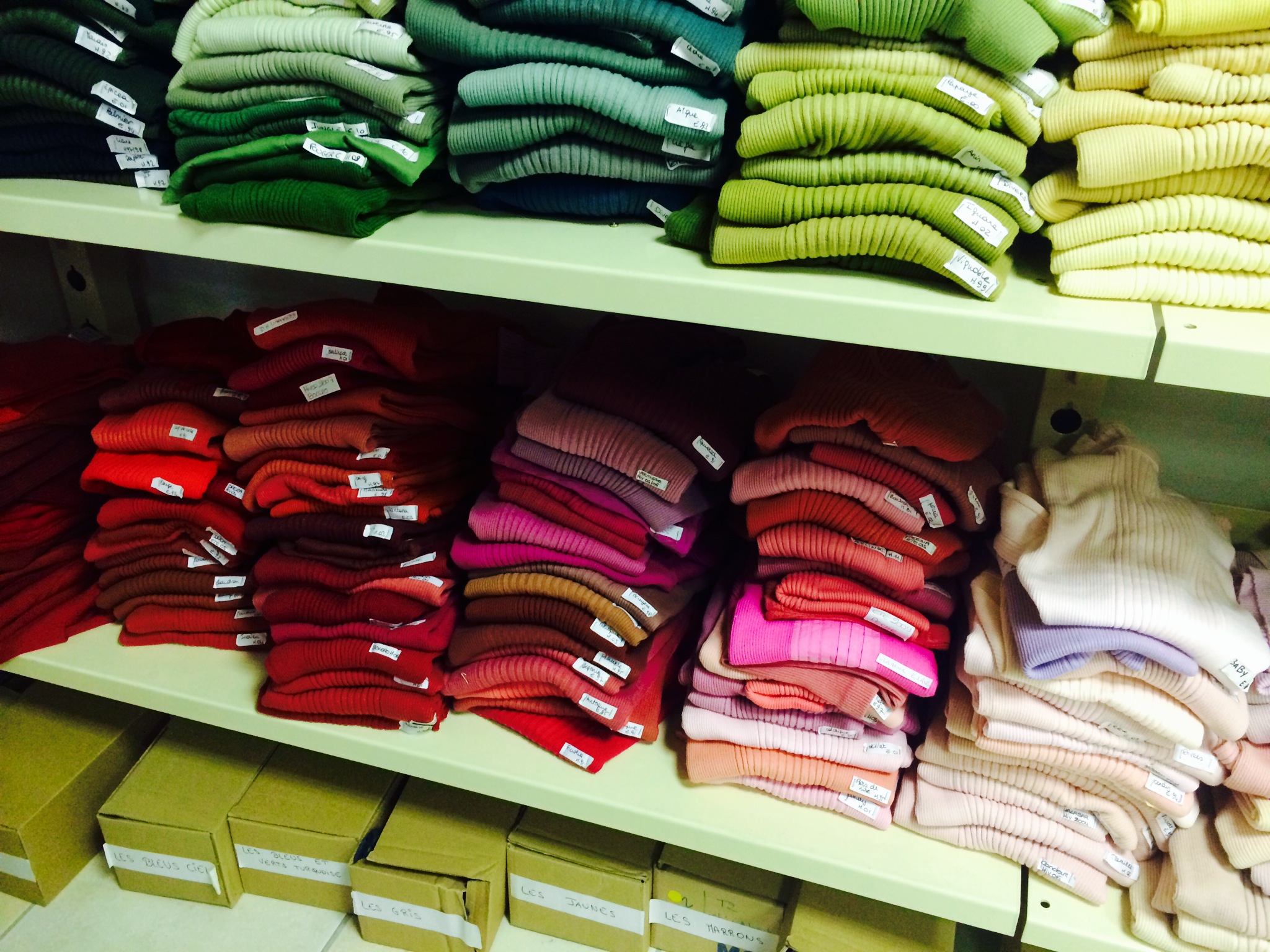 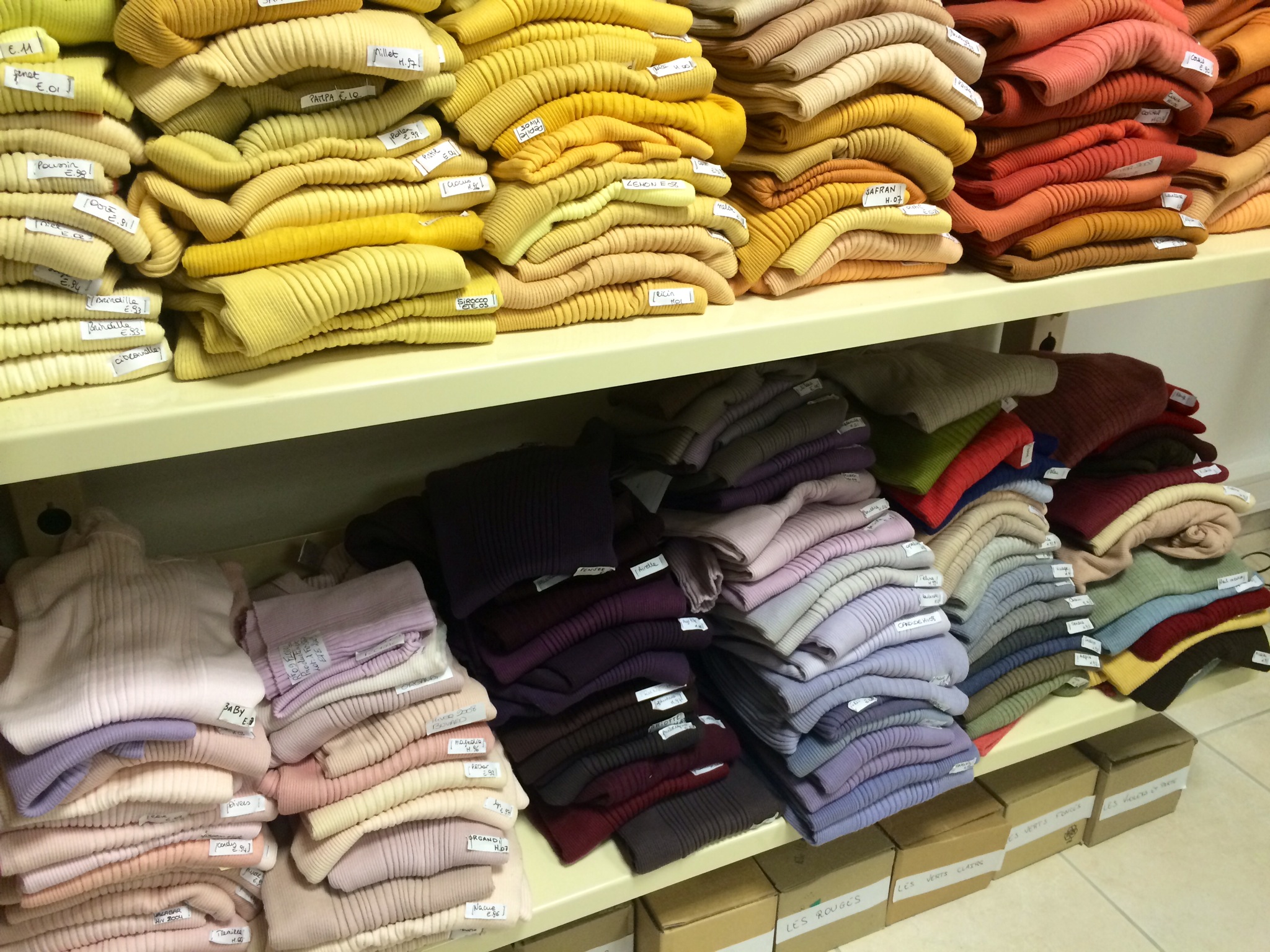