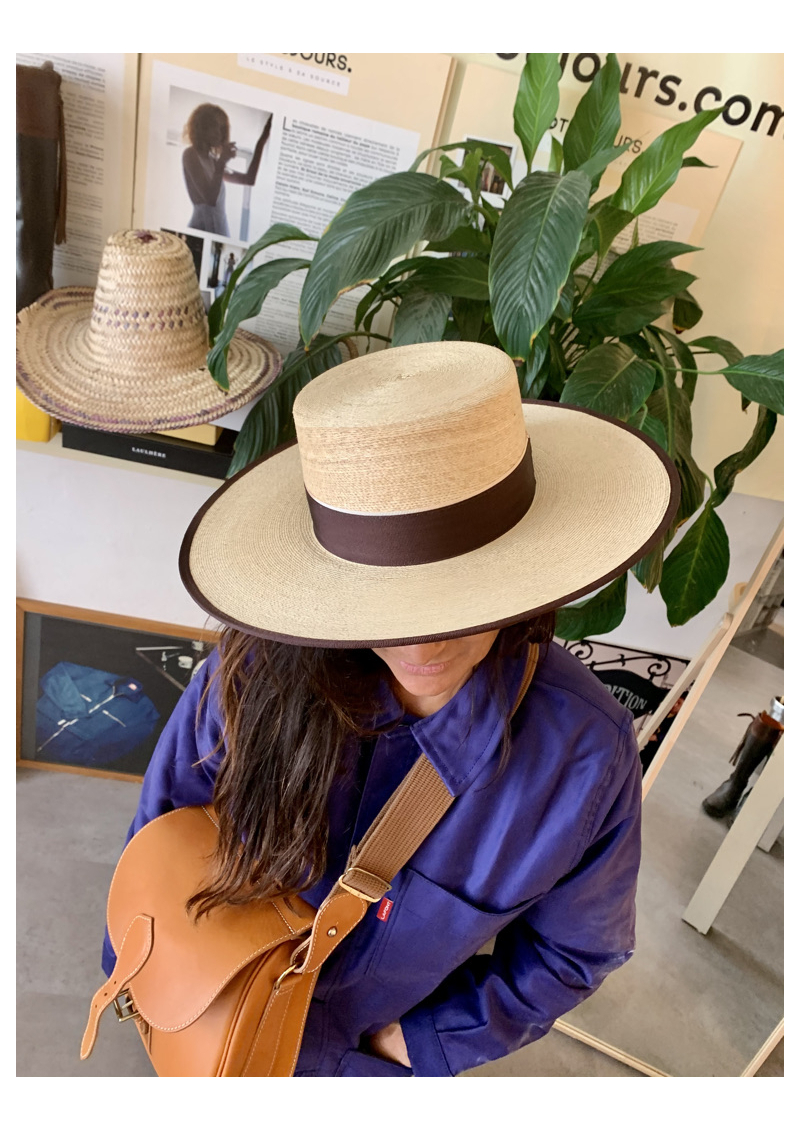 The Cordobes hat made of very fine straw, hand-woven and handcrafted in Spain.