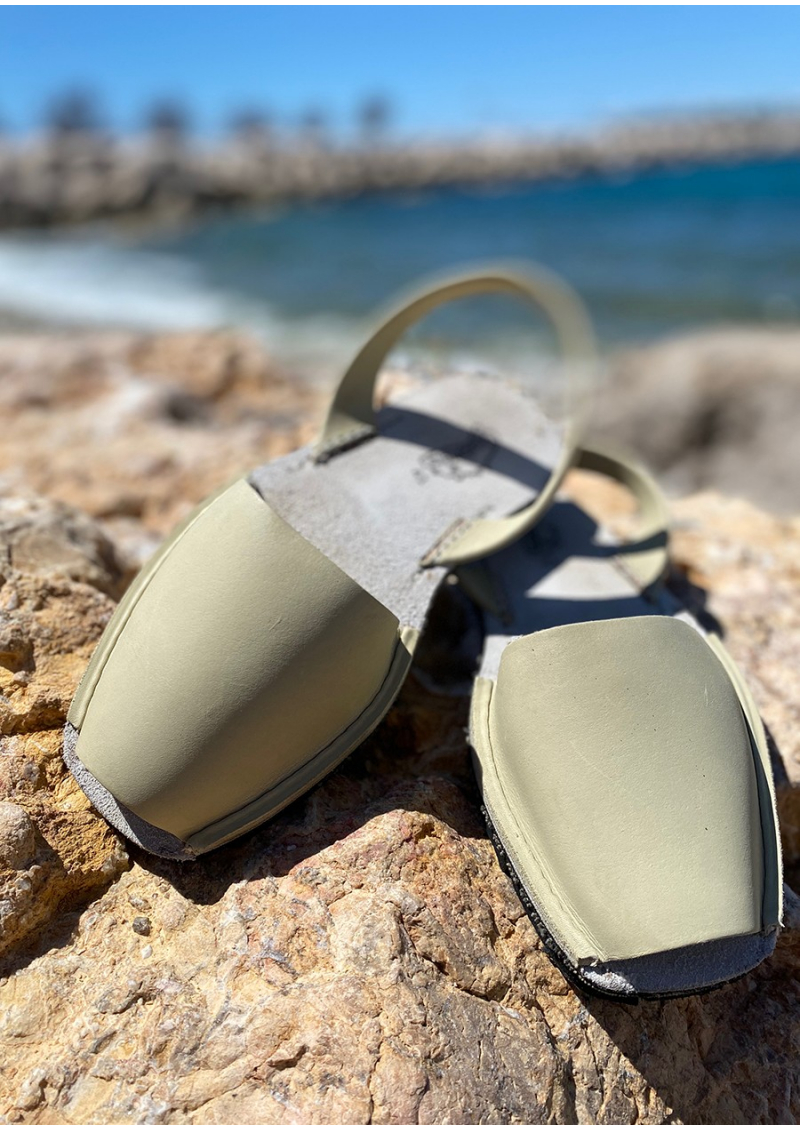 Authentic sandals of the Balearic fishermen. Handmade in the workshops of Antonio Riudavets in Minorca. 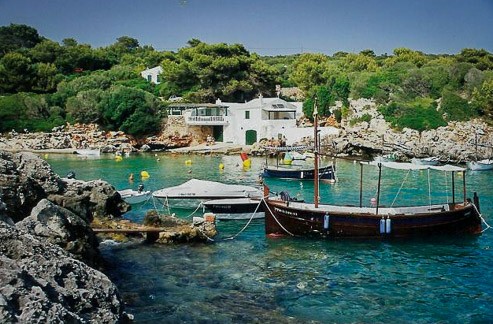 In the Riudavets family, a love for shoes began in 1929.  The grandfather, Joseph dit Bep, tired of the harsh conditions of work in the fields and decided early in the 1920s to try his luck in the city. Immediately, he found work as a cobbler and in 1929, he embarked on the manufacture of custom-made shoes. His two sons Antonio and José joined him in his small factory as soon as they were of working age.

In 1965 Antonio inherited the traditional shoe factory and Jose, who at 20 years old guessed the potential for the popularity of Avarcas, the sandals native to the Mediterranean Island of Menorca. At the time, the sandals were produced manually in small quantities. The brothers committed themselves to devoting their lives to Avarcas.  They applied the methods of manufacture and quality taught by their father to increase production.  Jose continues to personally check each pair for quality before shipping them from his store.

In the 1980s, Jose started to sell the Avarcas outside of Menorcan shores – travelling to Majorca, Ibiza, Formentera, Catalonia, Valencia and other régions of the Iberian Peninsula.

Today, Jose’s son, Amalio Riudavets, manages the family business. Just like the Avarca, society has evolved over time. Having opened a store online a few years ago, Amalio was surprised to receive orders from the United States, Canada, Japan, Australia and even France.  The  Avarcas remain extremely popular worldwide, summer after summer.

Handmade in the workshops of Antonio Riudavets in Minorca.

Beware! Avarca sandals are a generous size. We recommend you choose the size below your normal one.

Originally made for working the land and soon thereafter adopted by fishermen of the Balearic Islands, the Avarcas or Minorquines are today the essential summer sandals of any contemporary wardrobe.

In Minorca, the lesser known of the Balearic Islands, manufacturing shoes and sandals has been a tradition since the end of 19th century. And who would have believed that this classic model was created by a farmer?

In the 50’s and during the Spanish Civil War, Minorca was isolated because of its geographic position and lacked imports from the mainland which prompted a farmer to make himself a pair of solid sandals, practical, comfortable and especially adapted to the hot weather. He had the smart idea to make the sole out of an old tyre…

In the 60’s, the Minorcans had all adopted it and the shoemakers of the island started manufacturing it on demand but the first specialized workshops only opened later in the 70’s and started the manufacturing of what the Minorcans called Avarcas. From then on, visitors from the rest of the Balearic Isles and tourists took them back with them. The French tourists called them “minorquines”.

Since then, the minorquines have conquered Spain… And the rest of the world. Funny fact: the royal family wears them every summer!

With their sober and chic style, the quality of the leather, their recycled rubber sole for comfort, the original Avarcas chosen by deToujours are the guarantee of quality and authenticity.