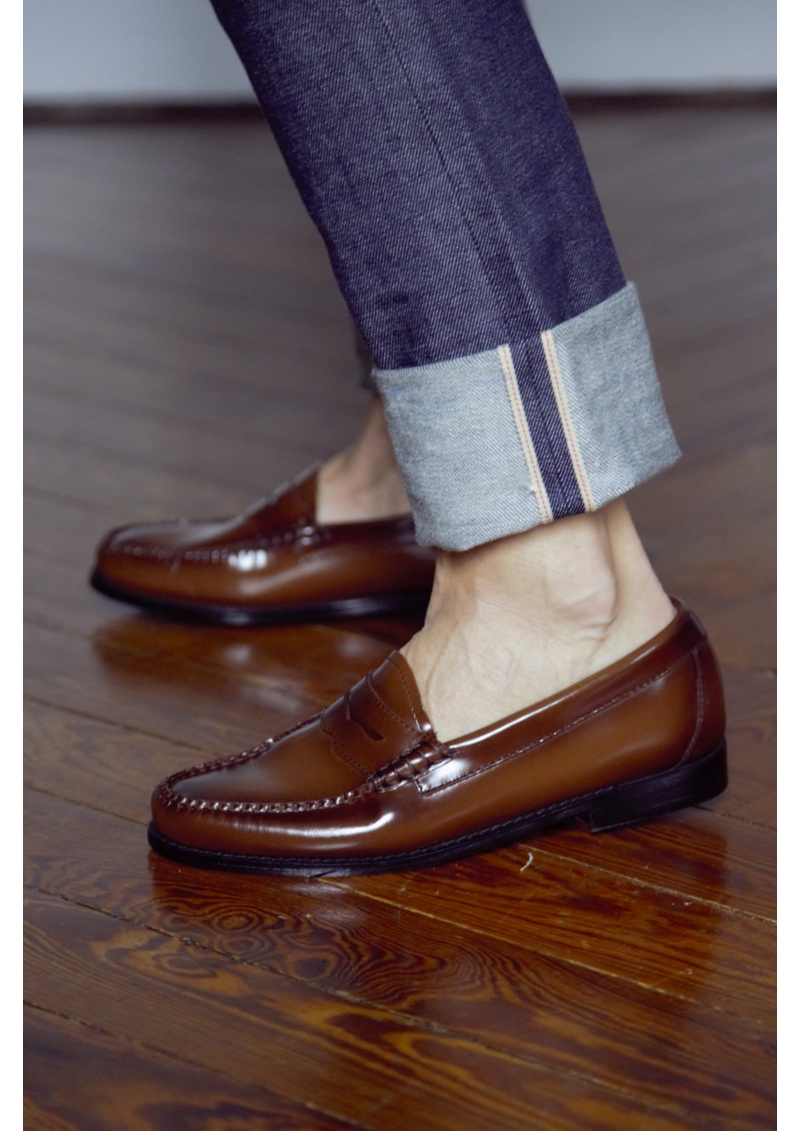 In the 19th century (1876) in the state of Maine USA, G.H Bass worked as a shoemaker with an excellent reputation. Originally a tanner, he then purchased a small footwear factory and became famous for the uncompromising quality and craftsmanship of his footwear. He started supplying shoes and boots to the American Air Force. But his success in the US and abroad came in 1936 when he created a shoe for relaxation, based on that worn by Norwegian fishermen. He called the style "Weejun", a distortion of "Norwegian".

This will become the first Penny Moccasin in the world, and the start of casual chic. True to its origins, the BASS range of footwear is still handcrafted in its US factories and carries the same guarantee of quality and style that made it famous as an American brand.