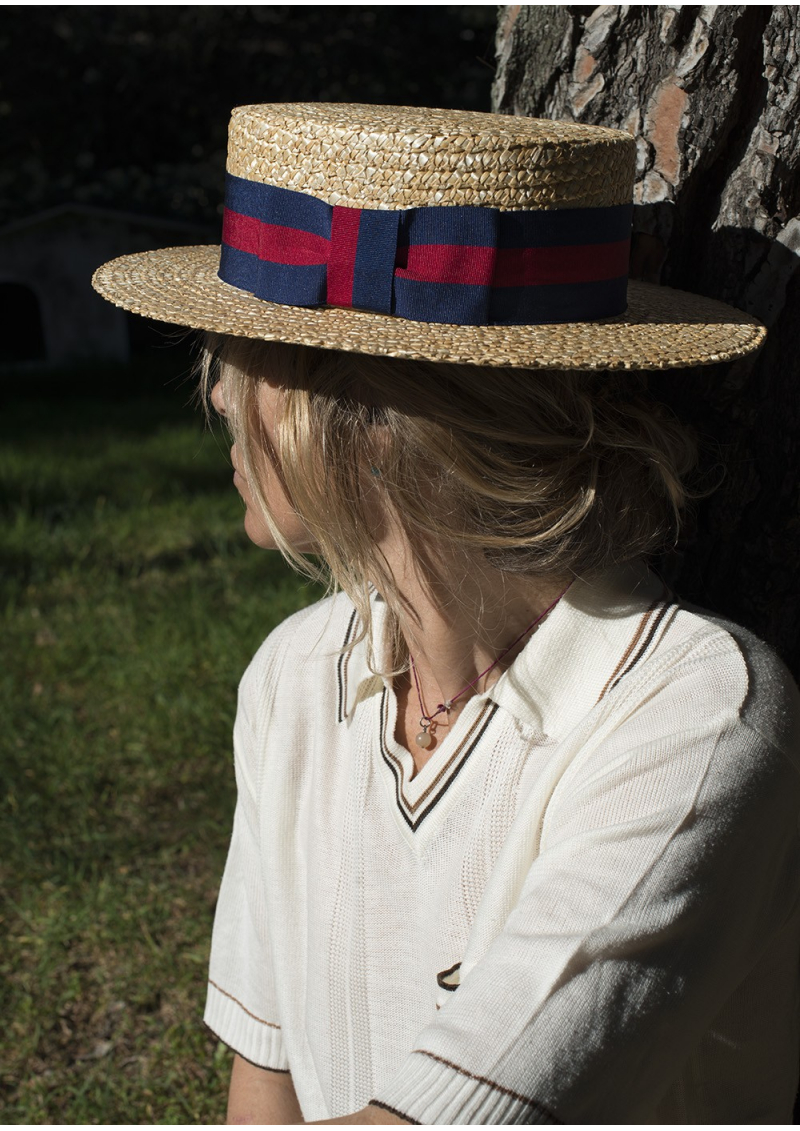 The original straw boater from Olney, supplier of the most prestigious British schools like Cambridge, Oxford and Eton.

- Please note that the boater has a low crown and is worn on the top of the head. We recommend that you choose 1 or 2 sizes below your regular size for a stable fit. Contact us at contact@detoujours.com for more assistance!

- Delivery may take up to 2 weeks, depending on our supply, as they are made to order. 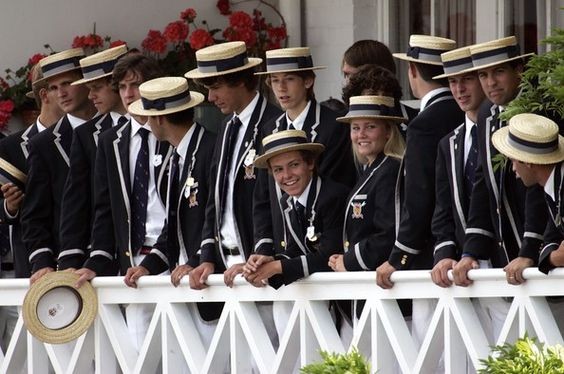 Olney Headwear was founded by Albert Olney in 1914 in Luton, Bedfordshire, the historical center of the British hat industry. Mr. Olney came from a family of hat makers and he himself was a foreman blocker of a leading English hat manufacturer when he decided to launch his own business. He was later joined by his brother, Tom Olney.

The Olney trademark hat was, and is still today, the straw boater. Olney was (and still is) in fact an important supplier to public schools like Eton, Harrow and Windsor where the boater was part of the school uniform. The company supplied panama and straw hats during summer and velour as well as felt hats for the winter. Exports to the British colonies prospered, for instance, South Africa, Zimbabwe (Rhodesia) amongst other African markets as well as the West Indies.

During the 30’s, fashion trends were changing and although the boater was still used in public schools, Olney found themselves being the only straw boater manufacturer left in England. Panama and other straw hats started to play an increasingly more important role.

In 1935, Maurice Chevalier, the famous French screen star and a loyal Olney customer who never put aside his straw boater, went to visit his supplier in to Luton. M. Chevalier signed an autograph for M. Olney, saying “for a straw hat which is a straw hat”.

Today, it is the fourth generation of the family who runs the business thanks to the expertise acquired from their parents, grandparents and great grandparents.

The hat production still takes place in the company’s proper factory in Luton. Today the product range is large, composed mainly of classic and timeless hats made in quality materials by their skilled workforce. They even acquired a local tweed hat manufacturer in 1989.

Made artisanally in Luton, England.

Made in braided straw with a cotton ribbon and a leather band inside.

From 54 to 62 cm in head circumference. We recommend that you choose 1 or 2 sizes below your regular size for a stable fit.

deTOUJOURS has selected the ultimate straw boater for you; the one that the prestigious English public school, Eton, chose for their young, promising students. The one, whose maker has preserved an exceptional savoir-faire for over a hundred years, in Luton, the historical centre of the English hat industry.

Retracing the history of the straw boater, from impressionist paintings of the Seine River, to Cambridge’s and Oxford’s rowing competitions, to the fabulous heads of Colette, Gabrielle Chanel, Maurice Chevalier but also those of Buster Keaton, Charlie Chaplin and Fred Astaire, Audrey Hepburn and Anna Karina passing through the Beatles, is a thrilling journey through time made of "joie de vivre" and elegance. 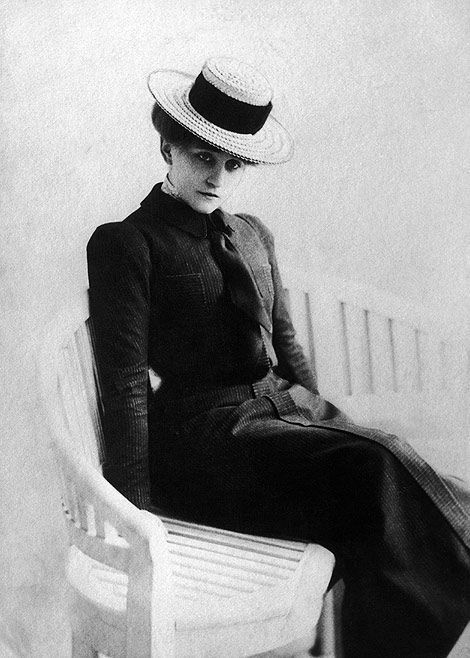 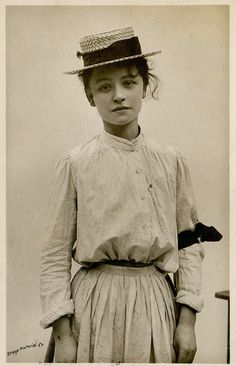 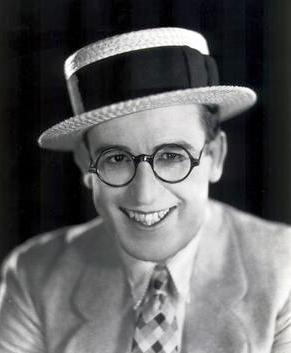 The symbol of high society as much as the commencement of leisure activities, the straw boater has navigated its way from the heads of ladies & gentlemen to those of the working class, back and forth, passing through select clubs to the artists, entertainers and rogues of the streets of Paris.

Whether the final touch to a spring dress or a British club blazer, the straw boater conveys the charm of its rich history, on woman and man.

About its history; The first straw hat supposedly emerged in 1796 when the shepherd, Pétronille Cantecor, started to braid small pieces of straw and decided to make it a hat. It was an immediate success and the very start of a thriving hat industry.

The straw boater was first seen at the beginning of the 19th century, at the same time as boats were introduced on the Seine and other French rivers after the authorisation of Napoleon III, as a means of promoting tourism and leisure. Tours on rowboats and sailboats soon became the new trend and the boaters stood out with their oval-shaped straw hats and ribbons, protecting them against the sun. It was natural that the hat took their name, the straw boater.

Boat excursions on the Seine to the riverside cafés and dance halls, as well as boat races (regattas) grew a lot in popularity. The straw boater soon became the symbol of leisure and joy and the painters of the time, like Manet and Renoir drew inspiration… Luncheon of the Boating Party, Bathers at la Grenouillère, Boating, la Grenouillière and Oarsmen at Chatou. 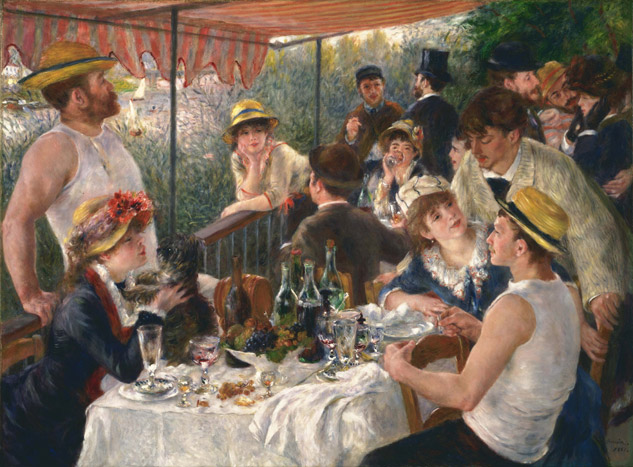 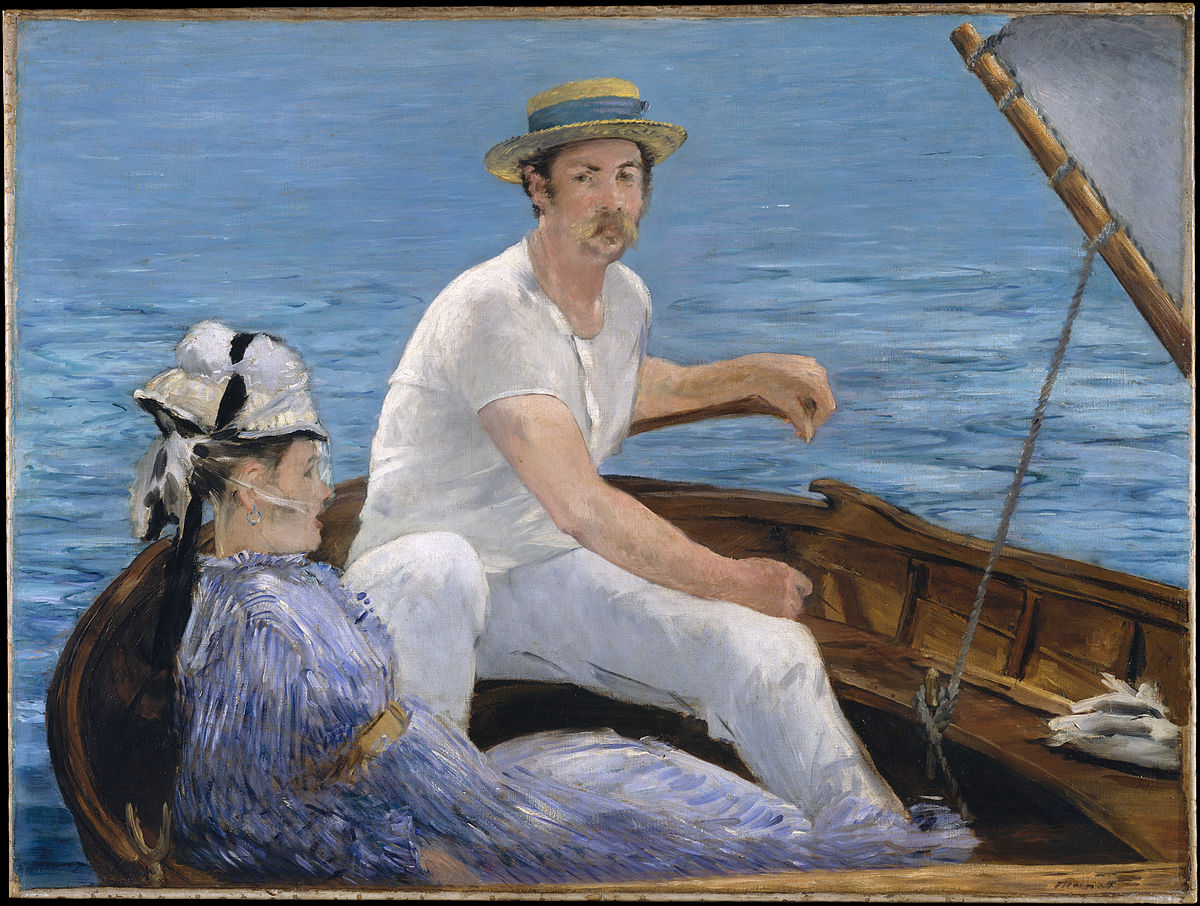 During sport activities and competitions, the public took the habit of wearing straw boaters. At first, it was exclusively worn by men but soon enough, women were seduced by the simplicity yet striking elegance of this particular straw hat and started to wear it during sport activities like biking and horseback riding. However, according to a well codified manner that dictated how far forward and to the side the hat should be worn. Of course, a must-have for the established dandy. In the end, the straw boater was more frequently worn by observers rather than sports’ people because it was not the most practical hat: if it wasn’t attached, it fell very easily due to its fairly flat crown. Some say that it is actually the first piece of sportswear. 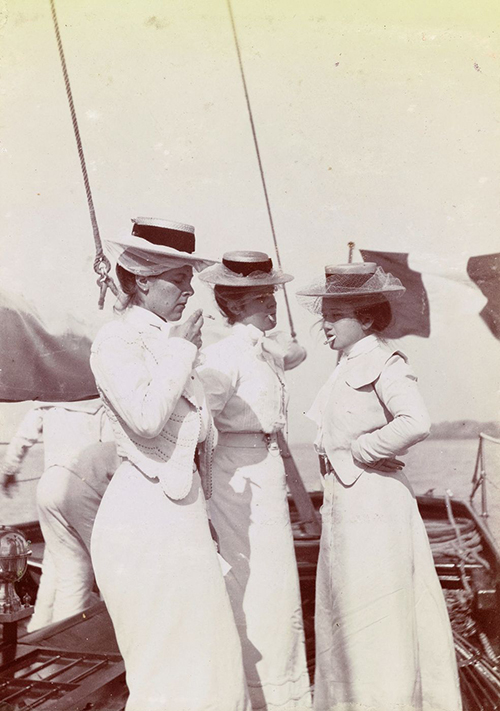 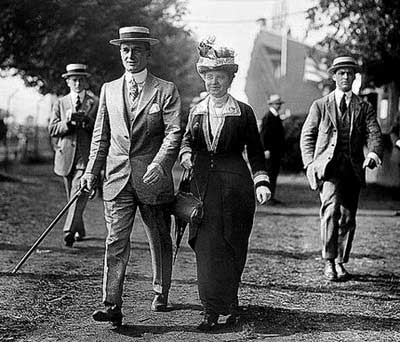 The 19th century was dominated by the English fashion and it is in England where you find the origin of the straw boater’s success. It’s in Luton, the heart of hat making, where the first straw hats appeared in 1822. Like in France, this hat was an informal accessory worn for leisure and sport activities. The tradition of wearing boaters for horse races and polo matches was initiated at the occasion of the Royal Ascot, where the dress code for the royal circle required wearing hats.

In France as well as England, the golden era of the straw boater lasted from around 1880 to 1930. After this period, the boater slowly gave its place to panama and fedora hats. In England, its association to leisure and high society was weakened once it was introduced as part of school uniforms of young students of public schools. 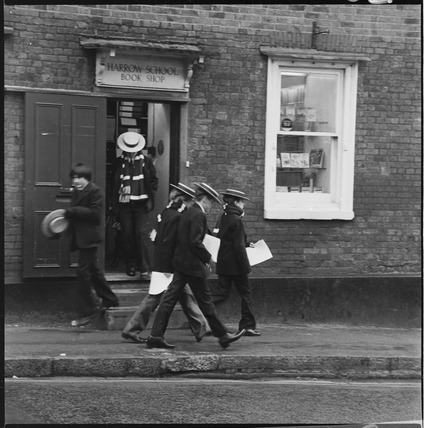 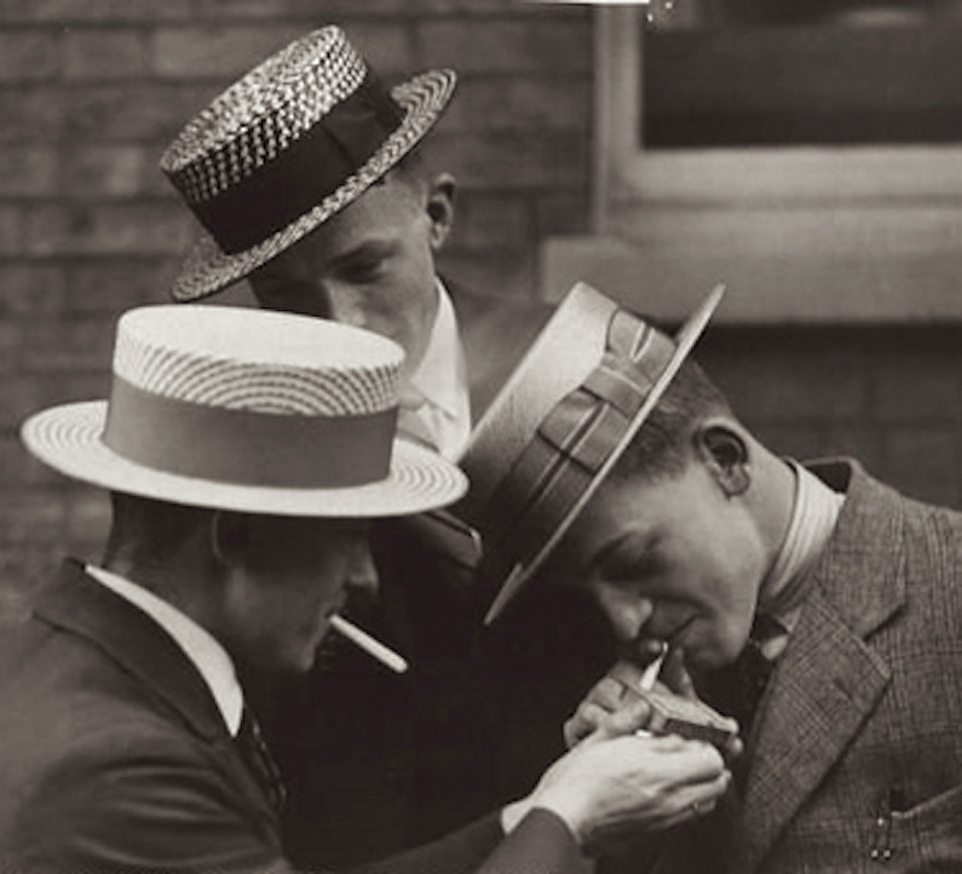 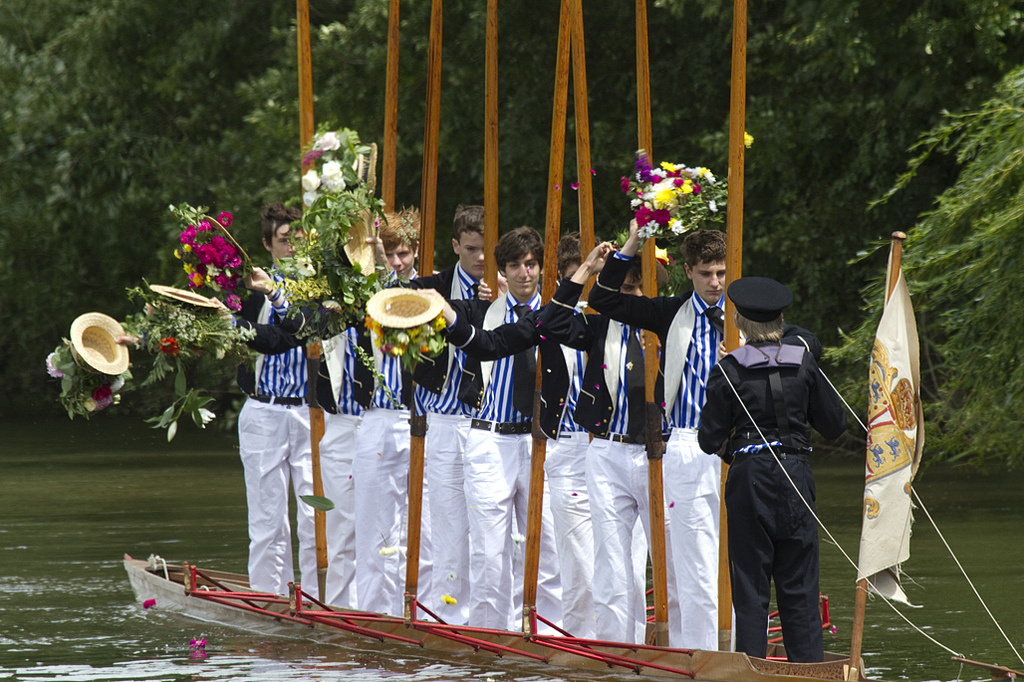 The popularity of the straw boater in schools and even orphanages, on the heads of young boys and girls, consequently lowered its status in the eyes of some. It went to that point that some schools even dropped it from their school uniforms in the first part of the 20th century. After the Second World, however, it regained its glory and even more, when Eton, the most prestigious English public school, abandoned their silk top-hats for straw boaters. Again, the boater represented superiority. After all, its popularity and connotations evolved constantly and most schools gave up the boaters in the course of the 70’s. However, Eton, Harrow and Windsor stuck to their boaters, amongst others. The boater is sacred in Eton’s rowing club where it’s traditionally worn, decorated with flowers, during “The Fourth of June”, a celebration of the birthday of King George III, Eton’s greatest patron.

The University of Cambridge is equally associated with the straw boater as it is worn by the punt chauffeurs on the River Cam, providing tour guides to tourists. Their position is prestigious as they are most often thought to be Cambridge students.

Except high society and English public schools, the straw boater has equally seduced countless artists, designers and musicians. In France, Coco Chanel wore it in its beautiful simplicity, just like men did, in silent protest of the cumbersome hats worn by women at the time. And so, she launched a whole new trend, that of less is more.

The famous Maurice Chevalier would never separate from his boater and on the other side of the Atlantic Ocean, Fred Astaire adopted it as well. 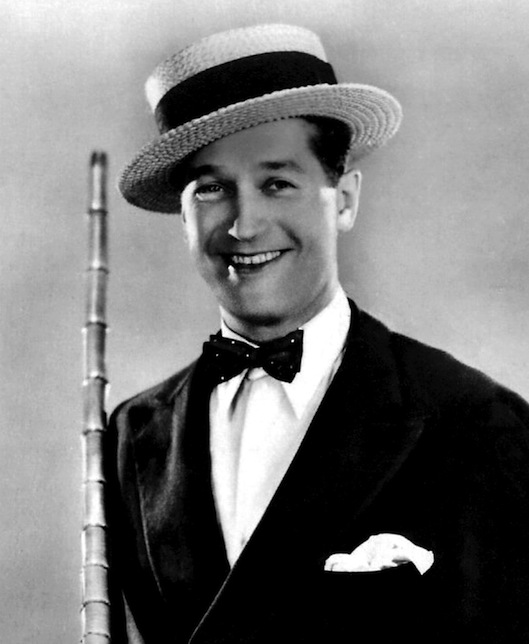 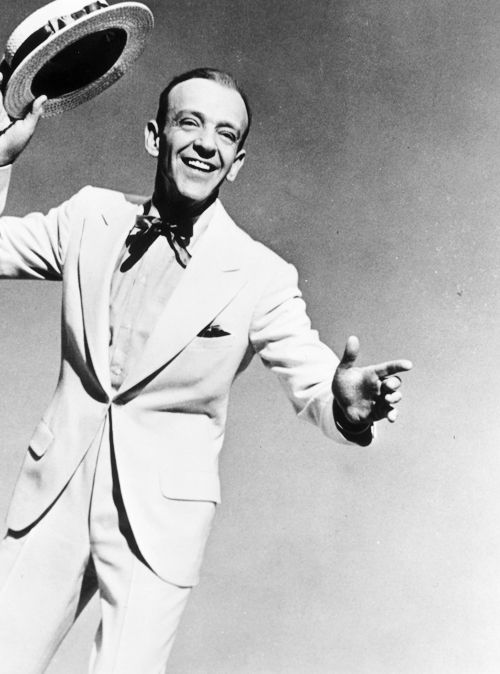 In Funny Face, 1957, the charismatic, lovely Audrey Hepburn magnifies it and then again, posing for Vogue as Eliza Dolittle of My Fair Lady in 1964. 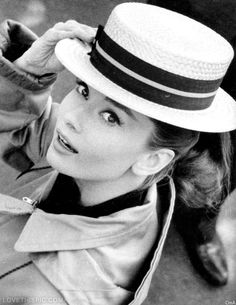 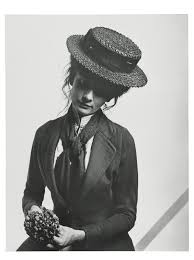 The 60’s, so terrifically British, represent the revival of the straw boater and the Beatles led the way on their show The Night of a Hundred Stars from 1963, as did the screen heroes of the Avengers. 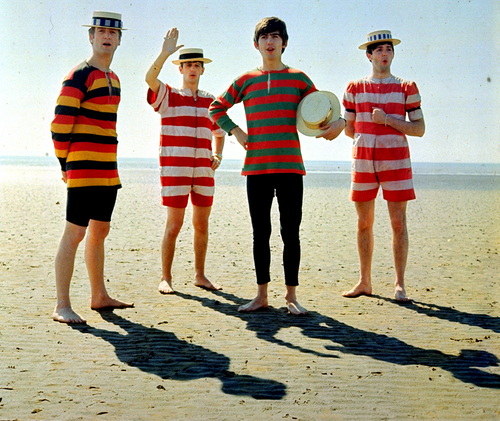 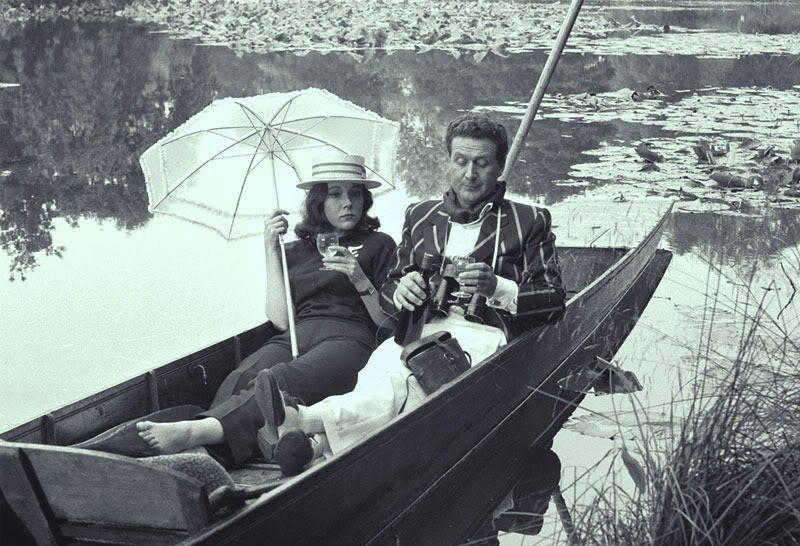 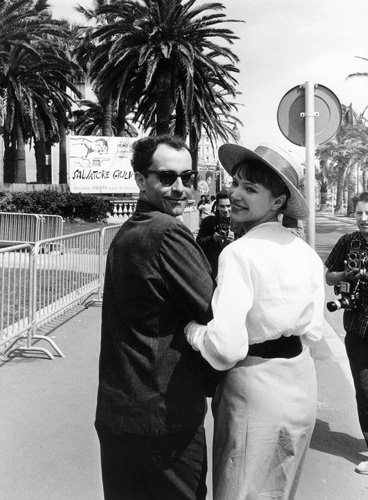 Or again, Anna Karina walking hand in hand with Jean-Luc Godard, boater on her head, on the French Riviera.

The timeless essential, the boater, whose history is so rich, its representations so vast, so democratic, is always the winning card.

The one that we have selected for you, comes straight from its historical manufacturer in Luton, England, and it is one of a kind.