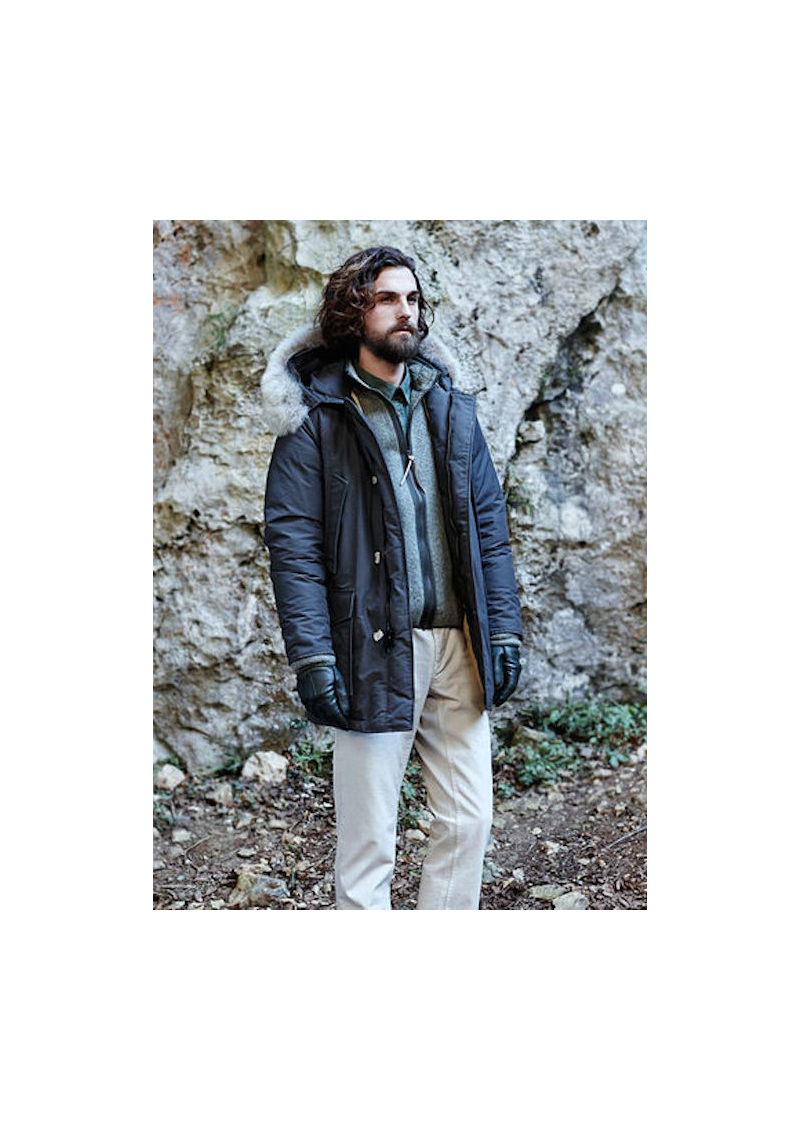 Arctic Parka, the original model from the Far North

Created by the outdoor clothing manufacturer Woolrich – who in their long and distinguished history, supplied the pioneers of the American West – this Arctic Parka is destined to the explorers of the Far North.

Refer to the size guide.

Created by the outdoor clothing manufacturer Woolrich this Arctic Parka is destined to the explorers of the Far North. 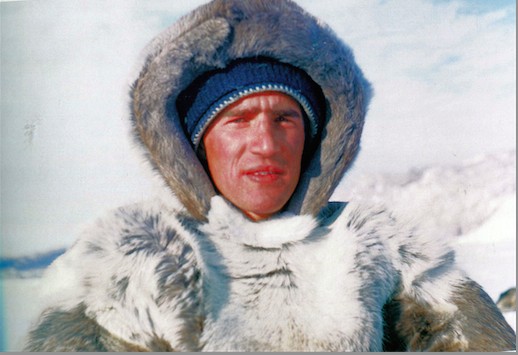 Woolrich is the oldest manufacturer of outdoor wear in the United States and a historic symbol of quality outwear, and wool. The company was founded in 1830 by John Rich, an immigrant from England, who then built his first wool mill in Plum Run, Pennsylvania. Starting out, Rich would sell his woollen fabric, socks, coverlets, and yarn from a mule cart in the numerous lumber camps that were found in the area. In 1845, he expanded and built a new mill a couple of miles up the road, next to Chatham Run. That mill no longer exists, but it remains the location of Woolrich’s main operations and the town that developed around and because of the company, even took the name Woolrich.

Rich would have been proud to know that his little wool mill (constructed shortly after the Revolutionary War) would go on to experience the Civil War, the Great Depression, two world wars, and the end of the Cold War. It would witness the beginning of the Industrial Revolution in America, the amazing growth of American cities, and the telecommunications revolution.

Amongst its many iconic products and inventions, Woolrich was supposedly the first company to use zippers in men’s trousers. Its iconic railroad vest, worn during the construction of the railroad crossing Pennsylvania, is still widely popular today. The Arctic parka, the Teton Rudder jacket or again the emblematic buffalo check shirt, created in the mid-19th century; these pieces were all designed for a special purpose and are still in current use.

The secret to Woolrich’s success story, is its intelligent adaptation to a continuously changing society and lifestyles, introducing products for all types of outdoor activities and never compromising their commitment to quality. During the Civil War, the company provided blankets to the Union soldiers, blankets that are still used today. Wool bathing suits, golf knickers etc. were introduced when tourism and leisure became common in the 1920’s, automobile robes in the 1930’s when people started driving cars. One of its many achievements is their supplying Admiral Byrd's expedition to Antarctica in 1939, 1940, and 1941, at the request of the American government. Later on, the introduction of new high-tech materials allowed Woolrich to improve the performance of its outdoor wear, meeting the needs of new generations. Today, Woolrich is still a main supplier to the US Army.

The headquarters are still located in the town of Woolrich but what started out as a modest mill has grown into an international lifestyle company with a full range of outdoor-inspired products, from jackets and shirts to outdoor furniture. As they say at Woolrich, you can buy a wool jacket your great-great grandfather may have worn in the woods or a parka that's all about the latest in advanced technology.

This is the iconic Woolrich model since 1972: The Arctic Parka, the warmest in the collection.

Close-fitting and made in Woolrich cotton/nylon fabric with special Teflon finishing for extra resistance to snow, rain and wind. Ideal for the cold season, it includes: zip and button fastening; side flap pockets; hand warmer flap pockets; hood with detachable coyote fur trim; padding: 80% duck down, 20% duck feathers. It keeps you warm up to -40C maximum.

Outer: 60% cotton 40% nylon.
Insulation: 80% duck down 20% feather.
Made with Woolrich iconic cotton/nylon fabric with special Teflon finishing for extra resistance to snow, rain and wind.
Do not bleach. Do not tumble dry. Low iron temperature.

Designed in 1972 by Woolrich, pioneers of the American textile industry, for the workers and explorers of the Far North, the parka is one of a long line of garments created specifically to withstand extreme conditions of life and work, using expertise gained over 180 years.

The coyote fur trim, used since the origin is still sourced from local animals found in overabundance due to lack of other predators.

Made from a mix of synthetic and natural materials, each chosen for their own qualities of comfort and performance (duck down, feathers, coyote fur, cotton, nylon) the parka is light and warm. It is breathable, protective and impermeable.

The shape, unchanged, is elegant and practical. The Arctic parka is made to withstand extreme weather conditions.

Over a lifetime, the parka will keep its shape and protective qualities.